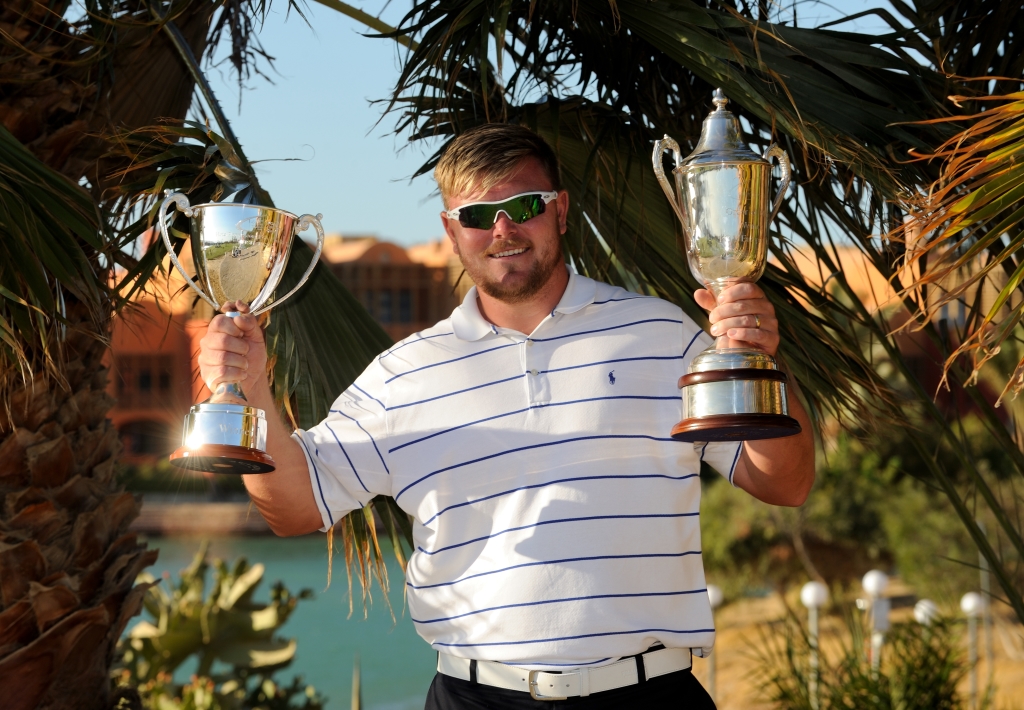 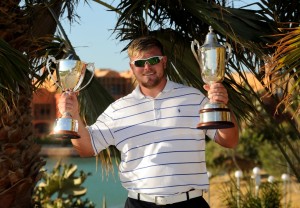 a final-round 70 to win the Visit Egypt Tour Championship at El Gouna Golf Club with a 54-hole score of eight under par, and the £15,000 winner’s prize has catapulted him to the top of the final HotelPlanner.com PGA EuroPro Tour Race To El Gouna.

The Scot has earned a category on the 2015 Challenge Tour and will be joined by Jack Senior, Peter Tarver-Jones, James Watts and Stiggy Hodgson on Europe’s second-tier tour after they also finished in the top five on the Race To El Gouna.

However, Senior currently sits inside the top 70 on the Challenge Tour rankings and should he remain there at the conclusion of this week’s event in Oman, he will secure a Challenge Tour card for next season based on his final ranking position, allowing James Robinson to take up a category as one of the EuroPro’s top five not otherwise exempt.

Billy Hemstock just misses out, finishing seventh on the Race To El Gouna for the second successive year.

Saltman (Archerfield Links Golf Club) began the final round with a two-stroke lead on six under and birdies at the second, fourth and ninth took him to nine under. Laurie Canter (Saltford Golf Club) and James Frazer (Pennard Golf Club) stayed in touch for most of the round, and Canter briefly levelled with Saltman at eight under thanks to birdies at 11 and 12, just as Saltman bogeyed the 11th.

Saltman returned to nine under with a birdie at the 13th. Canter signed for a final-round 68 (four under par), the best score of the day, to finish the tournament seven under. That left Saltman two clear as he came down 18 and though he made bogey after finding a bunker, the Scot claimed a wire-to-wire victory for his first EuroPro Tour win since success at Fota Island in 2012.

“Deep down I thought I had a chance this week,” said Saltman. “I came into the tournament knowing my game was in really good shape. But to actually pull off the win, and in the circumstances, has really proved to myself that I am capable of doing it under pressure.

“Looking back, three rounds under par in windy conditions, I should congratulate myself. It is playing very, very tough. The scoring was good today and the boys did well trying to chase me down. The course is in great, great condition and you cannot let up for one moment.

“It is massive to win the Race To El Gouna, it is something I said I wanted to do at the start of the season.

“It didn’t start off as planned when I got beaten in a play-off at Montrose and then at Cumberwell Park, but you keep your chin up, go back to the drawing board and keep practising. When I lost the play-off at Cumberwell I did wonder if it wouldn’t happen. The break since the end of the season has done me well to go back and pick myself up. I have proved to myself I can stand up to the task and come up with the goods.”

Nick McCarthy (Moortown Golf Club) finished the tournament third on five under, three back, while Frazer took fourth on four under.

A two-hour highlights package of the Visit Egypt Tour Championship will be broadcast on Sky Sports HD on Tuesday, November 11.