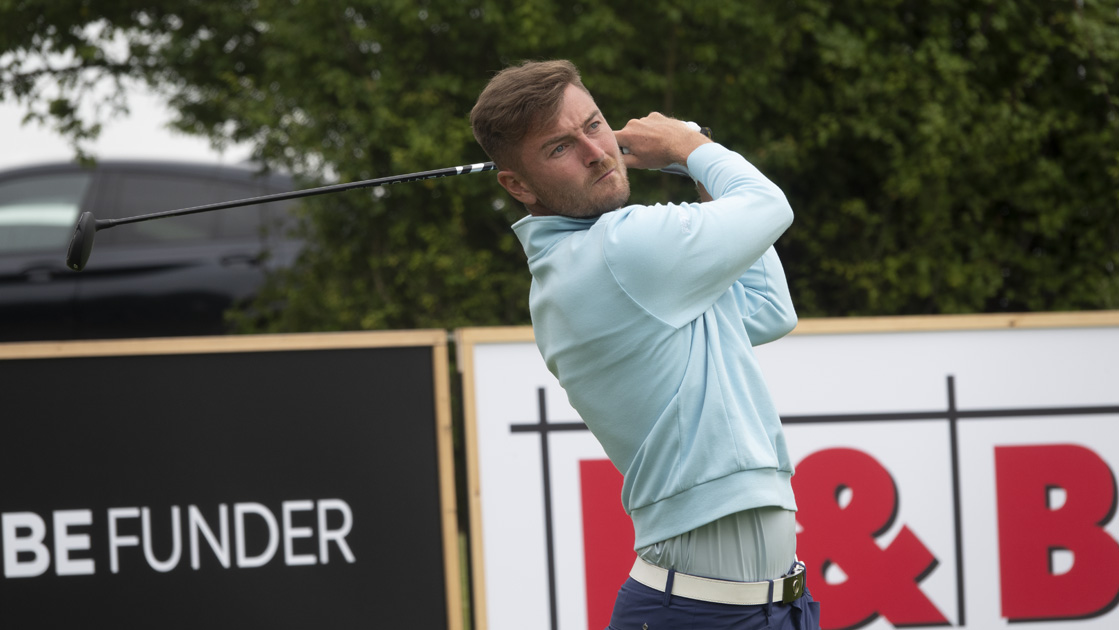 Sam Broadhurst produced a blistering display to card 64 (-7) and surge into the 36-hole lead of The Motocaddy Northern Ireland Masters.

After a level par first round, Sam Broadhurst turned it on in style to pip Paul Maddy into the overnight lead.

Broadhurst went out in 34 (-1) following two birdies and a bogey, but a back nine blitz – which included five birdies and an eagle on the par-4 17th – has established a narrow two-stroke advantage.

Maddy had held the overall lead for a significant amount of time following a wonderful 65 (-6).

Seven birdies and a sole bogey made up his score, and he’ll be especially pleased with consecutive birdies on 16 & 17.

Joshua McMahon is the final member of tomorrow’s lead group, but he failed to build on his 67 (-4) from yesterday, finishing level for round two.

Dermot McElroy, Eric McIntosh and Stuart Grehan are also tied with McMahon with a tournament score of -4.

Simon Thornton, the defending champion, is only four shots off the lead after a round of 69 (-2) saw him stand at -3 for the tournament.

Dermot McElroy leads those vying for a coveted Challenge Tour card, and the Northern Irishman can expect a lot of support for tomorrow’s finale.

James Allan, who tops the seasonal leaderboard, has yet again produced a great performance to give himself an outside chance of a third annual title.

Pavan Sagoo also shares Allan’s standing of T12, and he will be delighted to experience a final day at Clandeboye Golf Club for the very first time – by his own admission!

Brandon Robinson-Thompson, hindered by illness, shot a round of 75 (+4) to move in the wrong direction – falling to +3 for the event (T21).

Nevertheless, his ranking of second in the Order of Merit can be enhanced with a strong display on Friday.

Due to a +3 cut – which is only the third over par cut of the campaign – 54 players have progressed to the final day.

Keep an eye out on our social pages for regular updates of Friday’s action.