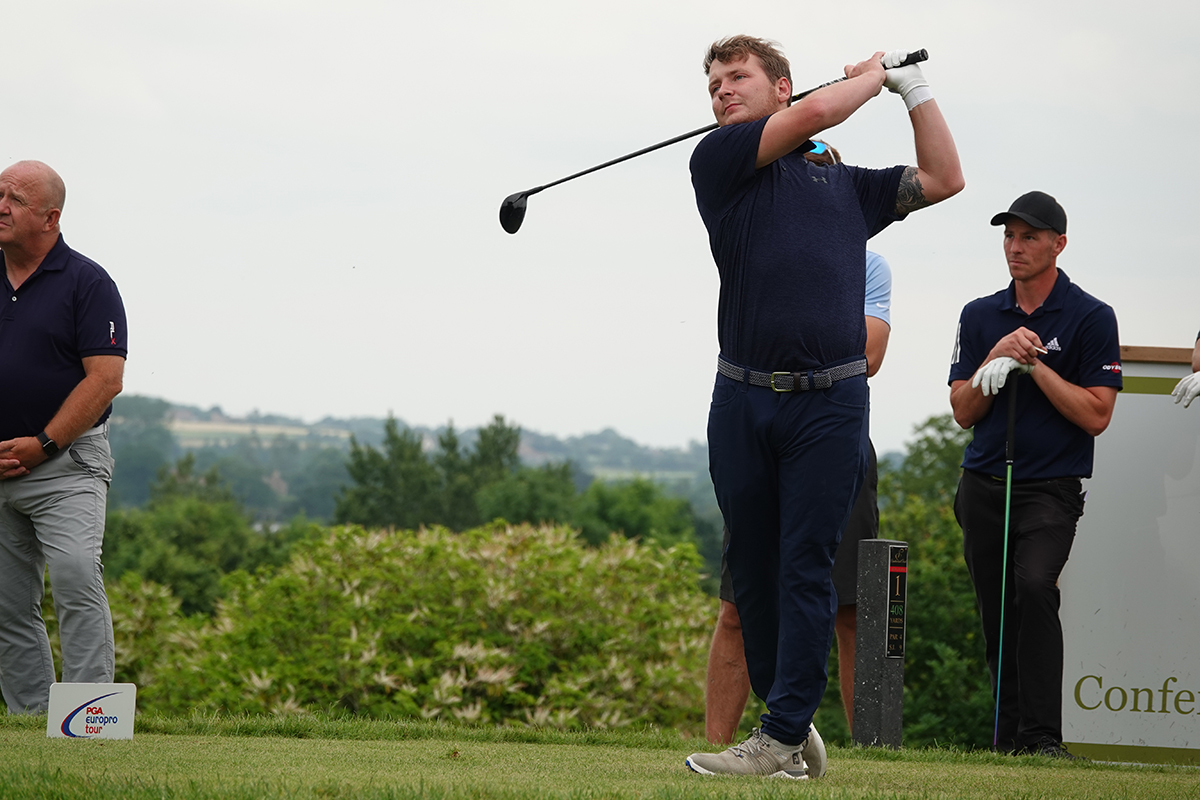 Calum Fyfe will go into the final day of The Cumberwell Park Championship with a two-shot lead over his nearest competitor at Cumberwell Park after signing for a second day 64 (-7) to sit rosy at -13 ahead of Harrogate Golf Club’s John Parry.

Fyfe of Trinifold Sports seized the opportunity for a bogey-free second day to hold the lead at a EuroPro Tour event for only the second time since joining the paid ranks. The Scotsman put together a 65 (-6) opener to be right in the mix before working his way towards the top as the second round rolled on coming in on the last nine for five under.

Cumberwell Park’s own Joe Retford is only three shots off the lead at ten under tied for third with Jamie Rutherford (Knebworth Golf Club). Retford battling back from a double-bogey with four birdies on the bounce thereafter whilst Rutherford was bogey-free to be right in contention.

Brooks has changed his mindset this season and he’s feeling better for it: “It’s just a change of mindset more than anything. Speaking to a couple of pals who are where I want to be kind of thing. Just a change of mindset really. Treating it more like a job like you need to and just nice to see the rewards.”

The top ten is rounded off by Tom Sloman (Trinifold Sports) who at one point had taken the clubhouse lead whilst he’s also in good company with Robbie Busher, Chris Lloyd, and the Scottish pair of Jack McDonald and Doherty.

Fifty plus ties made it through at three under as the needle nearly moved to four under on the penultimate group from three to four showing just how tight the margins are so far this season.