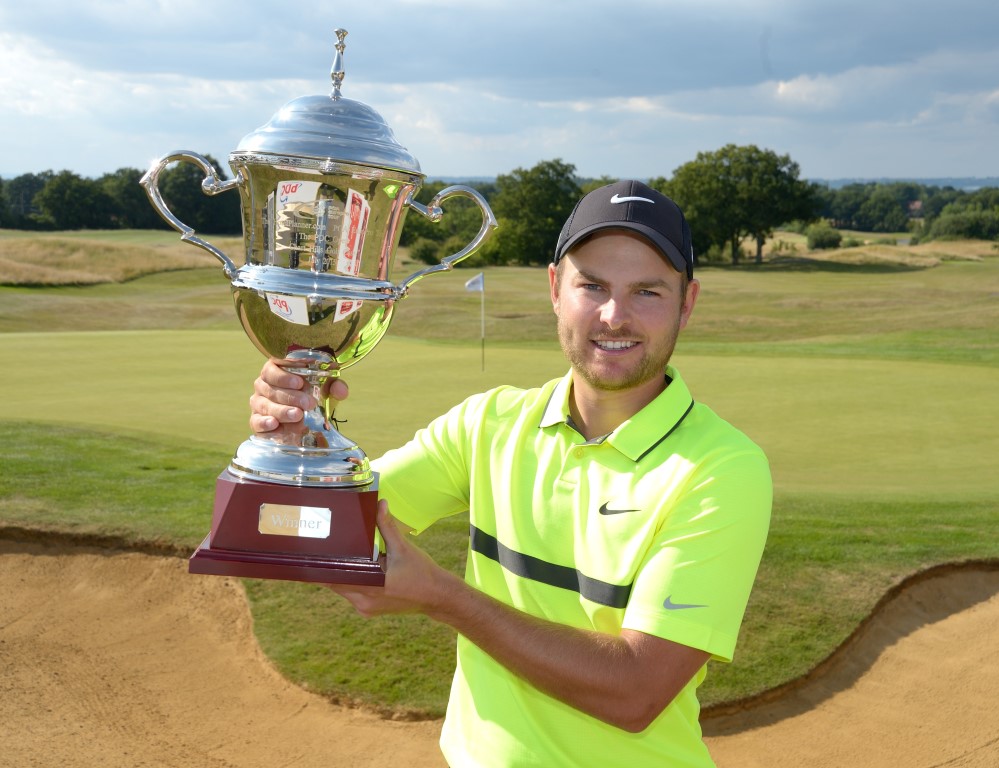 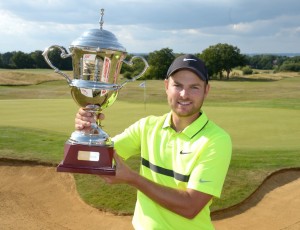 The 2013 Walker Cup player’s amateur highlight was success at the Brabazon Trophy in the same year and he moved over to the paid ranks last October.

By his own admission he had found the transition from the amateur game tough but he proved he had overcome those initial difficulties with a fine performance over 54 holes at Chart Hills.

For much of the final round a winner seemed impossible to predict. When the final group had completed the back nine six players shared the -10 lead, with another five just one back.

However Smith (Bowood Golf & Country Club) didn’t suffer the blemishes many of his rivals did and having gone out in 34 came home in 32 with birdies at the 10th, 14th, 15th and 17th.

By contrast Wrigley, who had emerged as Smith’s nearest rival, found a greenside bunker at 15 from which he took two shots to escape and ended up making a double bogey to slip three back. The deficit soon worsened as moments later Smith rolled in a superb putt on 17 to move to 14 under par.

A par at the last gave him a three-shot clubhouse lead and a four-stroke margin over Wrigley, who had only two holes to play and despite a birdie at the 18th would finish in a tie for second on -11.

“I am over the moon,” said Smith, who won £10,000 and took home a brand new Motocaddy trolley, Bushnell Tour X range finder, Bolle sunglasses and £500 to spend at HotelPlanner.com.

“I have phoned home to speak to my parents and I am bit emotional, but it has sunk in a little and I am chuffed to bits.

“I knew there were a couple of birdies to be had on the back nine so I just stuck to my game plan and it worked out nicely. I holed some nice putts today.

“To know that I had to put in a good round today and I did, I am very happy with that. It shows that my game is progressing in the right way and I am able to compete at that level.

“It is tough getting over this hurdle of a first pro win so I am pleased I have been able to do it relatively early and I know I can push on for the rest of the season.

“Even before this week I was planning on playing the rest of the EuroPro Tour this season and the aim now is to get into that top five for a full Challenge Tour card for next summer.”

Smith moves up 73 places to eighth on the all-important Race To Desert Springs, which is still lead by Gary King, who extended his slim lead over Darren Wright by finishing seven-under-par at Chart Hills – one better than Wright. Paul Howard, Sam Connor and Aaron Rai complete the top five.

Highlights of the PDC Open will air on Sky Sports on Tuesday, August 11. The next HotelPlanner.com PGA EuroPro Tour event is The COBRA PUMA GOLF Open at The Carrick on Loch Lomond, which begins on Wednesday, August 5 and concludes on Friday, August 7.