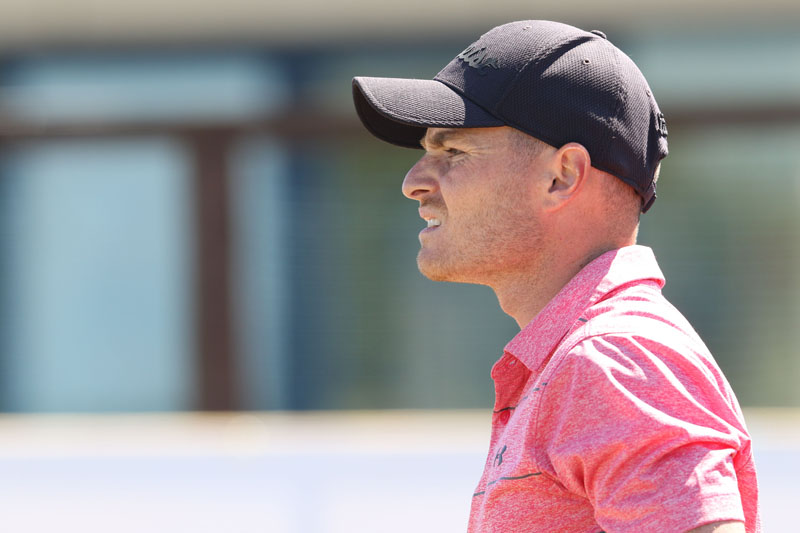 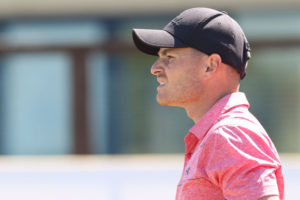 Jack South carded a second round of 68 (-4) to lead by two shots heading into the final round of the HotelPlanner.com PGA EuroPro Tour’s Ablrate.com Championship at Wychwood Park Golf Club, as he goes in hunt of his maiden win on Tour.

South (Hagley Golf Club/Taymar Homes) bettered his opening round of 67 (-3) on a day where many of the first round leaders moved backwards.

North was the only direction the Hagley man was heading in after bouncing back from a tricky run of three bogeys at the midway point of his round.

Four birdies on his back nine and no blemishes means South is in the driving seat with 18 holes left to play at the Cheshire track.

Reflecting on his round he said: “The back nine is really key to scoring low on this course. The two bogeys on 17 and 18 shook me up, I had a word with my caddie and we knew that level par through those nine holes wasn’t the end of the world.”

“I thought to myself: ‘let’s start again’ and I was able to shoot four-under which I’m very pleased with.”

On what was key to his success South said: “I think it was a combination of everything coming together across 18 holes.

“I’ve just got to let it happen tomorrow, you’ve got to be headstrong to win on this tour. You can’t show weakness, and I have at times, but to bounce back how I did today is an encouraging sign ahead of the final round.”

Coupland was happy with his 36 Home performance and said: “I played steady today just like I did in the first round. I stuck to my game plan today and combined with some nice approach play I am in the mix with 18 to go.”

“I’m really pleased with my season so far, I’ve worked hard on technique and my mindset and I’m starting to see some results. The course is tough this week but it’s not affected my performance over 36 holes so I’m confident heading into tomorrow.”

Elsewhere, two time EuroPro Tour winner Mark Young snuck inside the cut carding a second round of 69 (-3) to finish on three-over par for the Championship.

A cut to the leading 50 professionals and ties has now been made with those three-over par and better advancing to the final round.

Spectator entry is free throughout and live scoring can be found on europrotour.com. Highlights of the Ablrate.com Championship will air on Sky Sports on Tuesday, 31st July.