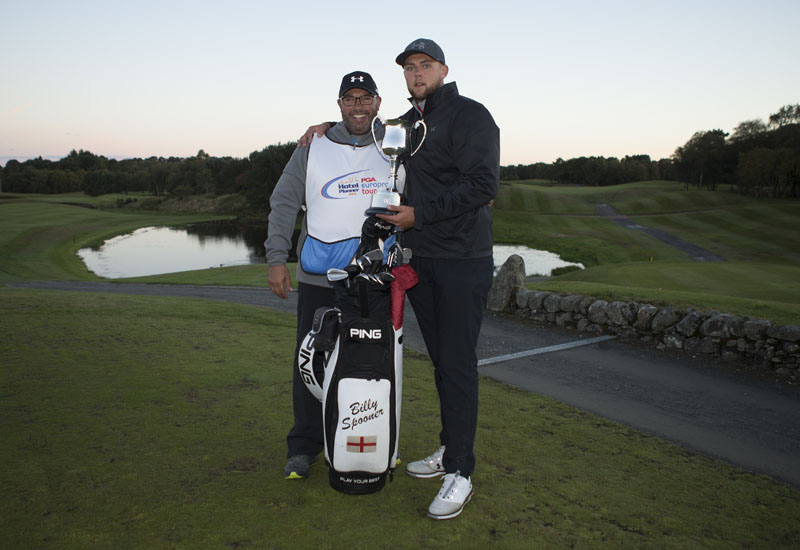 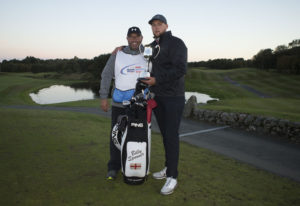 Spooner (West Boston Golf Club) started the day as the leader after carding a superb opening round of 65 (-7) to lead by two shots with 18 holes to play, after heavy winds reduced the tournament to a 36-hole event.

The final day was all but straightforward, as heavy rain at 10.30am postponed action for around two hours, meaning Spooner and the other front runners were forced to wait even longer to get their final rounds underway.

Despite shooting an electrifying score of 29 on the front nine just 24 hours earlier, Spooner couldn’t find similar success on a cold and windy Friday in Aberdeen, going out in 35 (-1) to hold a slender lead over a pack of four other golfers.

Two more birdies on the back nine looked to have done the job for the Bostonian until Parkstone’s Thomas Robson leaped into the clubhouse lead with two birdies in his final three holes, taking his Championship score to -10, meaning Spooner needed to birdie the last to win outright.

However, he couldn’t get to within 15 feet with his approach on the last and had to settle for a par, forcing the second successive playoff of the season.

It was a tense situation, with Robson already confirming his spot in the Tour Championship having started the day ranked 111th, even a second-place finish would have been enough, and Spooner looking to find some of his earlier form from earlier in the season, a win would put him level on wins this season with childhood friend and fellow Boston golfer Dave Coupland.

After playing the 10thand 18thholes once through nothing could separate the two, with Spooner salvaging a superb par on the 10thafter finding himself in a difficult lie, he got up and down flawlessly to pile the pressure on Robson who was on the hunt for his first win of his career. Finding themselves playing the 10thhole for a second time, Spooner rolled in a superb birdie putt from 10 feet with Robson not able to respond in similar fashion.

Reflecting on his win he said: “It’s amazing to get my second win of the season, and to do so with my Dad on the bag is even more special, my team is the strongest it has ever been and I can’t thank everyone who has been involved this season enough.

“I’m really looking forward to building on this win with the Tour Championship around the corner, hopefully I can carry on and make more progress up the Order of Merit now I’ve secured a spot on the Challenge Tour.”