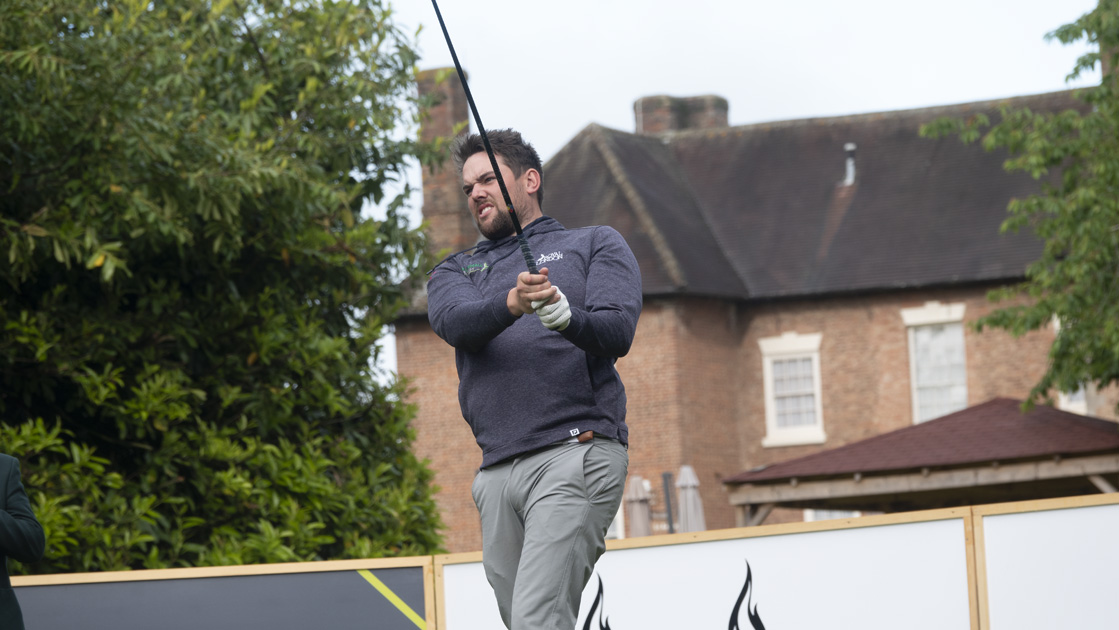 Stuart McLaren has opened his tournament with a dazzling 66, as he takes a two-shot advantage into the second round.

The Scotsman started from the 10th tee and enjoyed a colourful front nine, carding four birdies and two bogeys to make the turn at 34 (-2).

A seamless back nine, that included four birdies and no blemishes, bolstered his overall score to 66 (-6) for the day.

Whilst the majority of players found scoring difficult, McLaren plotted his way around what could be regarded as the toughest test of the season to date.

James Ashfield is the closest to him, and the amateur has enjoyed a splendid day in a gloomy Worcestershire.

Ashfield played in the Monday Qualifier and finished 5th, which would typically fall short from making the tournament field.

However, due to withdrawals prior to play, Ashfield was issued one of the final invites – and the Welshman has taken full advantage of his fortune.

The only fault of his front nine took place on the par-4 12th, but three birdies overshadowed the only hiccup.

The back nine started in steady fashion until the par-3 5th – which resulted in the second ace in as many weeks on the PGA EuroPro Tour.

David Houlding is the only other golfer within two strokes of the lead, and he should be exceptionally proud of his fantastic display today.

Starting on the 10th, the Englishman only made one par through six holes as three early birdies were softened through two bogeys.

He finished phenomenally however, carding three birdies in his final four holes to ensure he is at the forefront of the chasing pack tomorrow.

Four players are tied in 3rd, with both Ben Hutchinson and David Langley enjoying a great day at The Vale Golf & Country Club.

Hutchinson comes into this event fresh off of a T2 finish at Belton Woods Hotel, Spa & Golf Resort – and he looks to have elongated his fine spell of golf.

Langley, on the other hand, got off to a blistering start and made the turn at 32 (-4).

He failed to light up the back nine in similar fashion, having to settle for one-over through his final nine holes.

Daniel O’Loughlin has found form at the right time of the season, as he came into this event following successive top 10 finishes.

He is evidently still enjoying this excellent spell of golf, and the Englishman will be hoping that this could be the week of his first victory on this highly competitive tour.

Eight players are in T5 and there are some notable names amongst them too.

Michael Stewart, who narrowly missed out on victory following a play-off loss to Ryan Brooks at Cumberwell Park, has again issued himself another chance of glory following a round of 70 (-2).

Benjamin Jones is another name who has enjoyed a stellar season, epitomised by his runner-up – T2 start to the year.

The Englishman only carded two bogeys all day, but it was enough to halt his progress as he looked to set the early pace.

Another amateur will also feature in the overnight top 10, as Jack Severn enjoyed a fine morning at The Vale.

Annoyingly, he bogeyed the final hole of his day, otherwise he could have been looking at a T2 overnight standing.

Greg Dalziel held the lead for 36 holes at Belton Woods, and he is evidently still flourishing out on the course following a round of 70 today.

Despite failing to secure his maiden PGA EuroPro Tour title last week, the Scotsman was victorious on the weekend in a one-day event.

Benjamin Hallam’s consistent start to the season was followed up today, as a round of 70 also places him into a tie for 5th.

Hallam has only missed one cut all season, and he comes into this event following results of T13 – T33 – T15.

Brandon Robinson-Thompson surprisingly missed his first cut of the year last week, but he has responded brilliantly – carding a 70 that included only one bogey all day.

The 29-year-old currently occupies 10th in the Order of Merit and the only thing missing from his season is that elusive victory – with a seasonal best result of T2 at Abridge Golf & Country Club.

Finally, Ryan Brooks is the last golfer who is sitting at T5. The Midlands-based player is 2nd in the Order of Merit and a fantastic victory at Cumberwell Park insinuated big things can be expected of him this year.

There are 44 golfers at even par or better for the week, with the cut line currently projected for one-over.

Whilst the temperatures won’t mirror the start of the week, a warm day is expected in Worcestershire tomorrow for the second round.

Make sure you are keeping an eye on our Facebook and Instagram pages, as we will be reporting from the tournament throughout the day.