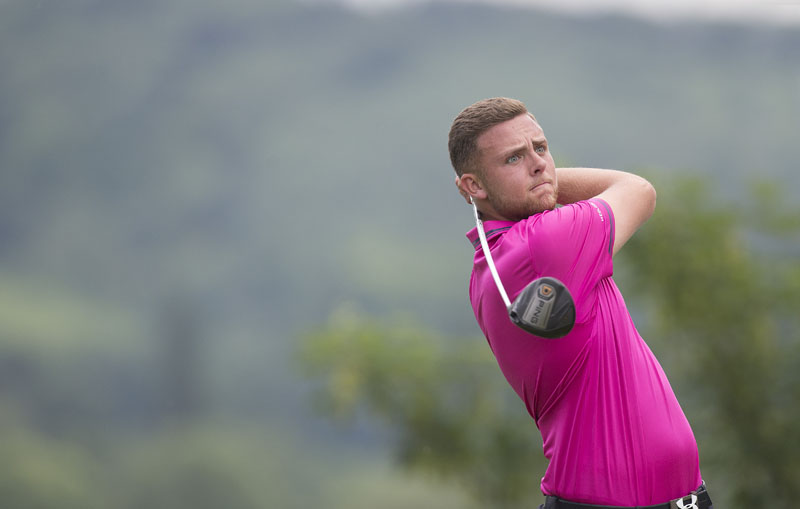 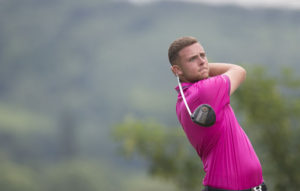 Billy Spooner carded a stellar opening round of 65 (-7) to hold a two-shot lead heading into the second round of the Andalusian PGA EuroPro Tour Championship at Desert Springs Golf Club, Spain.

Spooner (Boston West Golf Club) started in emphatic style, collecting an eagle on the par 5 opening hole followed by a birdie on the third, also a par 5, to move to three-under early on. The low scoring didn’t stop there.

Having already established himself as one of the biggest off the tee on Tour, Spooner smashed a 3 wood off the tee of the 301-yard par four to six-feet, and the two-time EuroPro Tour winner made no mistake in rolling in his second eagle putt of the day to move to five-under through six holes. One of only two golfers to shoot a two on that hole all day.

“I was feeling great coming into this tournament after winning the final regular event of the season at Newmachar Golf Club, it gave the bit of confidence I needed: said Spooner.

He added: “My preparation has been brilliant, heading out five days ahead of the Tour Championship because I’d never played the course before has paid dividends. It helps that I feel that my game is the best it has ever been right now.”

Just two bogeys and a run of four birdies in five holes on the back nine gives Spooner a comfortable two-shot cushion over a pack of five golfers, all of whom are still in the hunt for their first win on Tour this season.

Fellow Bostonian and close friend Dave Coupland sits three shots back on four-under par, as he looks to try and knock Mark Young off the top spot in the Order of Merit this year.

However, Young has the added incentive of the £250,000 four-win bonus to push him on this week and with a solid opening round of 69 (-3), he is in a great position to do just that. And it could have been even better had it not been for a double bogey on the 18thhole, his first dropped shots of the round.

Spectator entry is free throughout and live scoring can be found on our website at europrotour.com.