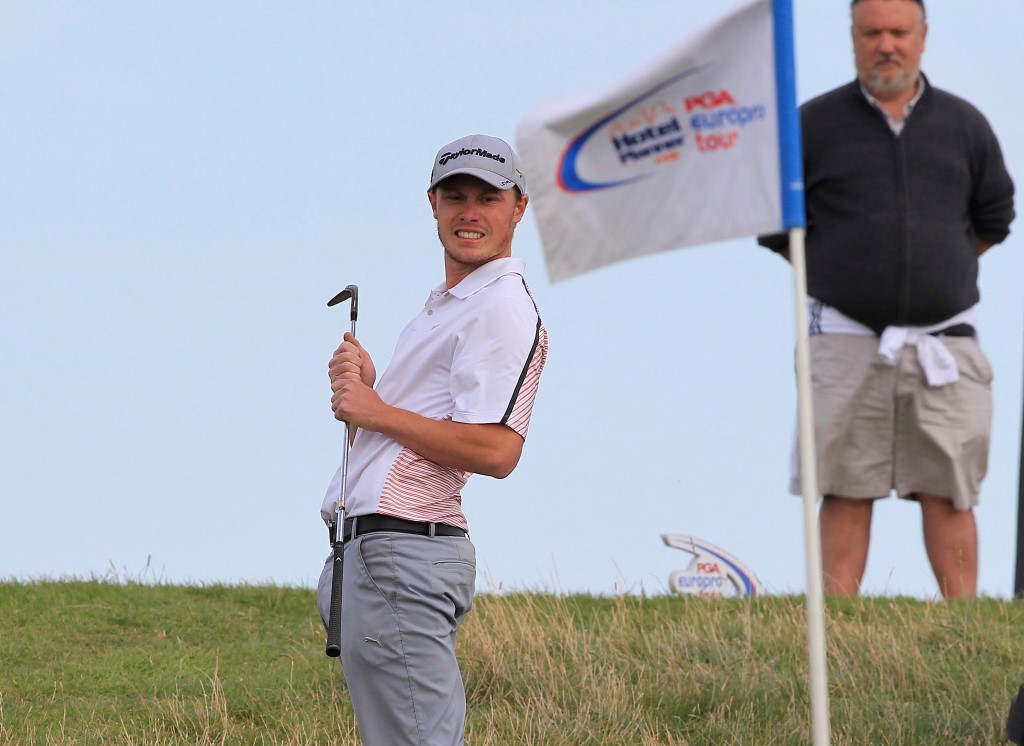 Peter Tarver-Jones leads the PDC & WSL Open by one stroke following the opening round at The Oxfordshire, just five days after claiming his first HotelPlanner.com PGA EuroPro Tour title at Prince’s.

Tarver-Jones (Worthing Golf Club) surged to 13th on the Race To El Gouna after his win last week and is now chasing a top-five finish on the Tour’s rankings, an achievement which would earn him a Challenge Tour category for 2015.

The 26-year-old carded seven birdies in his opening round but was held to 67 with bogeys at the 18th and eighth having started on the tenth tee, the traditional first at The Oxfordshire.

“It was all about riding on the confidence from last week,” said Tarver-Jones. “I am full of confidence and that is what I am running on. I putted well and was sensible.

“It is wet so you don’t get any run. I used the wind and cross winds to my advantage as I can shape it both ways, so that helped me a lot. It was tough today.

“It was quite overwhelming after winning last week; you get back home and it is easy for your mind to drift and mentally get a bit tired. But I was pleased with myself; I stuck in there and stayed focused and my caddy Nige was great today.

“I think there is a lower score out there. I got it to six under and could have had birdie at the eighth, my 17th, but ended up with a bogey, which was poor. The wind isn’t too bad and five under is a good score, but I have got a feeling there could be a better score than that this week.”

The PDC & WSL Open is a 54-hole strokeplay event which concludes on Friday (August 29). The final round will be filmed for a two-hour highlights show to be aired on Sky Sports HD on Tuesday, September 9. Spectator entry is free throughout the tournament and live scoring can be found at www.europrotour.com.