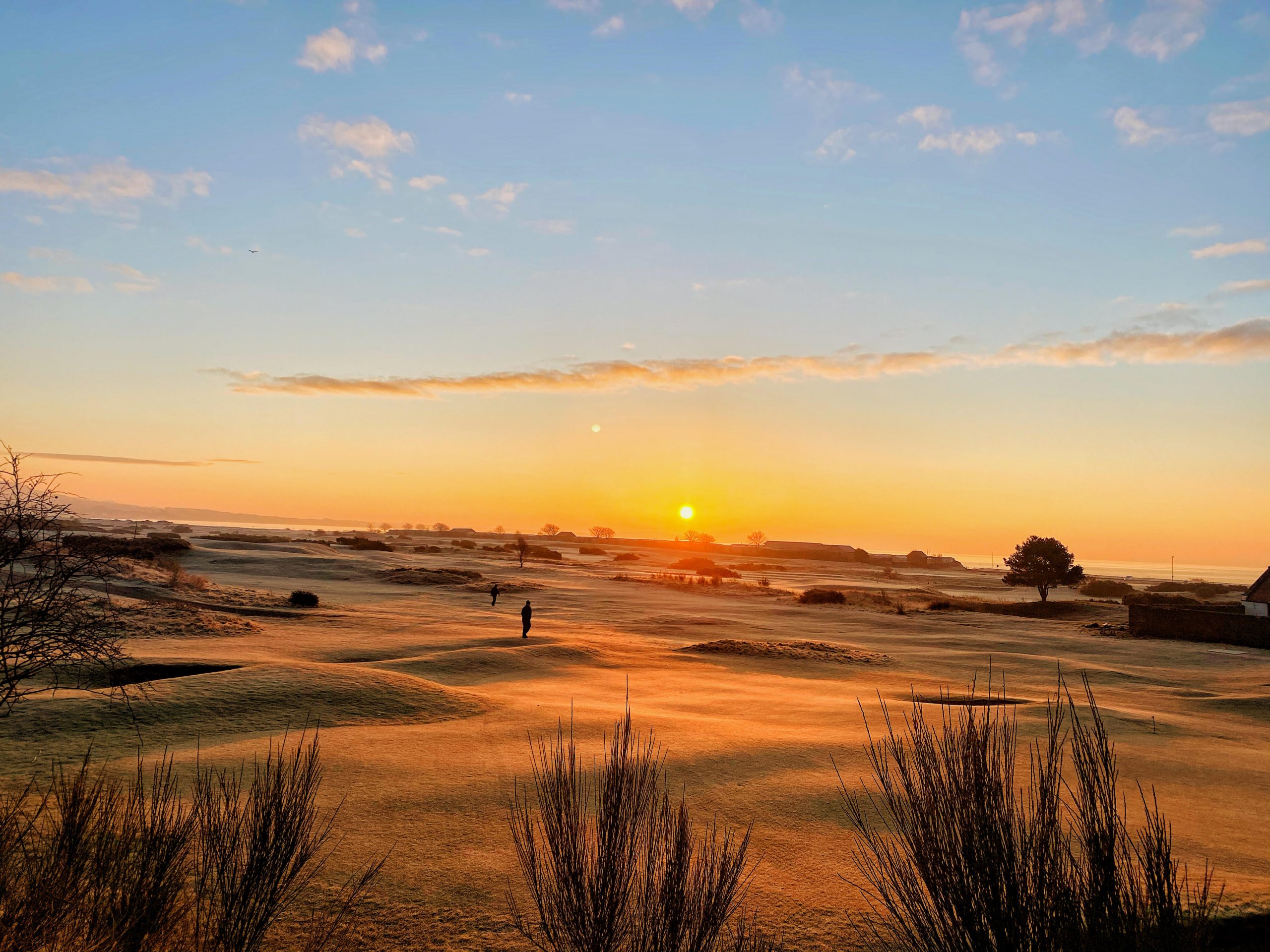 The penultimate event of the 2022 season is upon us, as the Race to Lough Erne begins to intensify.

Due to reduced daylight hours, the field has been restricted to 144 players, with those faring well in the Order of Merit being given priority.

For any member near the cut-off for the Tour Championship, they will have two final events to book their place on the flight that departs for Northern Ireland in October.

If you’re located so closely to St Andrews – ten miles to be exact – your golf course will need to be of high quality in order to attract those who would typically veer towards the Home of Golf.

Fortunately, Leven Links is an outstanding layout that tests even the most seasoned of golfers.

Last year, Jack South joined the history books by carding 59 in the final round – which conveniently won him his first EuroPro title!

Gust strength is a huge factor at Leven, as it completely dictates how the golf course will play for the day.

If you catch a calm day – like South did last year – then exceptionally low scores will always be in play.

However, if the wind acts deviously, then it truly is a case of fighting to stay in the hunt for the championship.

Leven Links is brimming with rich history, as Old Tom Morris was called upon to advise the re-positioning and implementation of both existing and new bunkerage. Leven Links’ challenge will depend on the strength of the wind

Measuring 6,520 yards, it certainly isn’t as long as last week’s Spey Valley, but its challenge lies well beyond its distance.

Perhaps the closing stretch is the greatest to be situated on the golf course, with 17 and 18 asking difficult questions to conclude.

They are both par fours and the latter plays relatively long at 455 yards.

The big question is: can South mirror his historic display from last year, or will we be on 59-watch elsewhere?

James Allan spearheads an ultra-competitive field, and we should expect nothing less with the finish line lingering in the distance.

Allan has secured his Challenge Tour card and he will be the only player featuring without an abundance of pressure on their game – which he must relish.

Dermot McElroy is also in the field and the Northern Irishman should be delighted with his T2 finish at Spey Valley last week.

He fell short in a playoff to Stuart Grehan, but the prize money awarded to him from the event has enabled a gigantic leap towards the Challenge Tour.

Brandon Robinson-Thompson has not breached the top 10 since The Lancer Scott Championship and he’ll need another strong performance in the remaining three tournaments. The 30-year-old has been fantastic throughout the campaign, but the hard work begins now, when the pressure is at its highest – has he got the nerve to finish the job?

Michael Stewart finished second for the third time this season last week; there’s no-one more deserving of a win than the Scotsman this campaign.

That result has launched him to 4th in the Order of Merit, and he’ll be the first player to go up without a win since Joe Dean if his current position is finalised next month.

Ryan Brooks progressed past the cut line only once in August, but he returned to form with an almighty 66 (-5) during the first round of the Spey Valley Championship.

The Englishman regressed during his second outing, but that opening round would have given him the confidence he needed.

Paul Maddy will be featuring in his 14th event of the season, with the former champion demonstrating why his game is so enviable.

Maddy has endured a stellar run of results lately, failing to finish outside the top 7 in his last four events!

Jack Davidson will be making back-to-back starts as his bid for Challenge Tour status is set to amplify with only a few tournaments remaining.

The Welshman won on home soil at Machynys Peninsula Golf Club, but he has since moved down to 7th in the Order of Merit.

Pavan Sagoo managed to creep into the top 50 at Spey Valley last week, although a result of T47 would have seen those around him make up ground.

The Englishman has not had a top 10 finish since the GLAL.UK Worcestershire Masters, but he has three final opportunities to earn his Challenge Tour card. Grehan has entered the top 10 in the seasonal leaderboard for the first time this year, and he’ll be desperate to climb four places into the coveted 5th spot.

The Irishman has been threatening this form for a significant time period, so it’s great to see him joining the winner’s circle for the first time in his career.

Dependent on the weather, Leven Links will either produce the sternest of tests or enable players with a low scoring week.

Whoever champions this fine layout, however, will need to be exceptional from tee-to-green throughout the tournament.