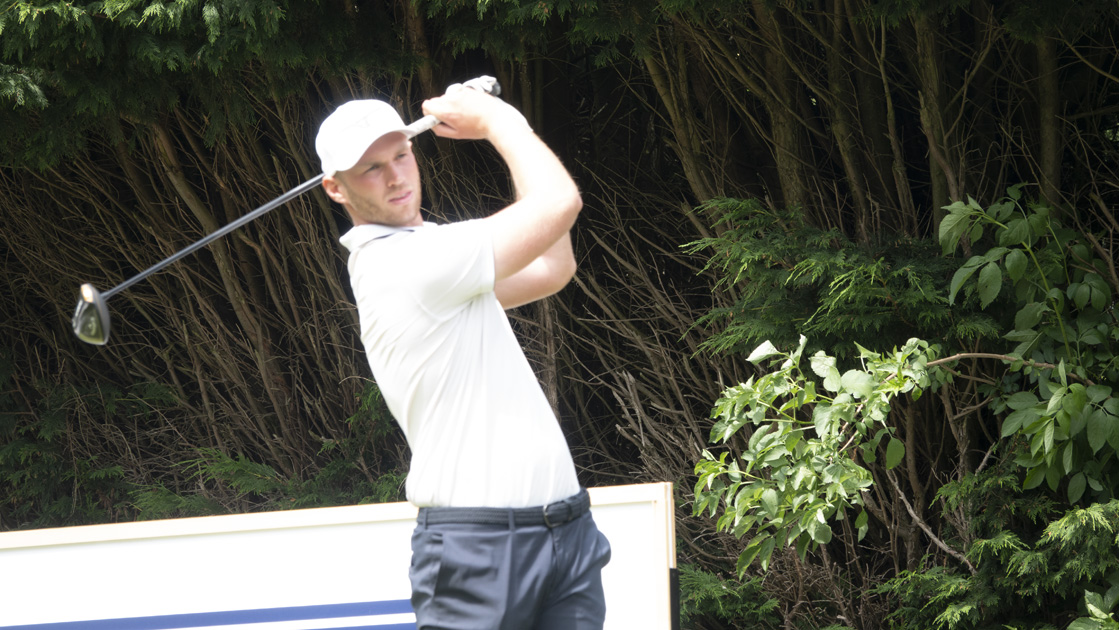 The eighth tournament of the season takes us to The Vale Golf & Country Club for the GLAL.UK Worcestershire Masters.

Heading into the event, Dermot McElroy occupies the top spot in the Order of Merit, but the Northern Irishman will not be part of the field this week.

The golf club have invested heavily into its facilities throughout the off-season, and this was already one of the favoured venues from PGA EuroPro Tour members.

If anyone has been fortunate enough to experience The Vale in person, you’ll know just how beautiful the expansive views around the golf course are.

With spectacular vistas of the Melvern and Bredon Hills, our golfers will be treated to a week in golfing paradise.

Due to the size and prestige of this venue, there are two golf courses on site, but we’ll be tackling the deviating International course.

Bob Sandow was the architect of this riveting routing, and his background is absolutely fascinating – you can read more about him here.

The Vale will operate as one of the longer courses of the season to date, measuring 7,154 yards throughout the tournament week.

There are several par fives dotted around this remarkable layout, but they’re not as gettable as you might expect.

Players will be faced with consecutive longer holes as they prepare to make the turn, as both the 8th and 9th play as fives – with the showpiece Vale sign glowing behind the latter’s green.

Another meaty hole is the 562-yard 16th, which is played to a peninsula green and will demand ultimate precision.

No score will be truly safe until the 18th hole is negotiated with however, as the hole’s main defence is water lining the left side of the green.

There are some notable absentees from our week in Worcestershire, with prominent figures in Leon Fricker and Dermot McElroy missing the event.

Ryan Brooks will be in action again following his start at Belton Woods, where the Englishman finished T19 following rounds of 69-69-71.

Brooks will be fully aware that one more victory would be enough for Challenge Tour status; can it be a golden week at The Vale for the Midlands-based golfer?

Pavan Sagoo is another champion from this season who will be teeing it up, and he comes into the event following a victory and a top 10. Sagoo is in electrifying form and his victorious week at Abridge was deserved following an elongated spell of impressive golf.

James Allan ensures that his 100% attendance has remained intact, as he too will be featuring this week.

Allan broke a two-cut streak at Belton Woods Hotel, Spa & Golf Resort, and he’ll be eager to build on his seasonal total of £15,302.14.

Josh Hilleard started his CPG Classic in fantastic fashion, carding 64 (-7) and holding the outright lead for the majority of the opening day.

Greg Dalziel blitzed past Hilleard’s 64 with a 62 of his own, but Hilleard will also be fully aware that another victory will be enough for Challenge Tour status.

Jake Ayres will have fond memories of this season, having championed the Studley Wood layout and finished T4 at the season opener.

Ayres is coming into this event off of T25 and T33 finishes, having missed the cut at The Bendac Championship the week before.

Nick Cunningham will be looking for inspiration this week, as he’s endured a difficult spell since his victory at Donnington Grove.

Having missed the cut at Belton Woods, he would have used the weekend to finetune a game that is “nearly there”, by his own accord.

Benjamin Jones will be looking for some of that early season magic, although he did display his magnificence with a T12 finish at The PDC Golf Championship.

Jones started his season unbelievably, reeling off a runner-up – T2 finish to kick off the campaign before missing consecutive cuts.

Nick Marsh is also in the field and making his 7th start; the Englishman has failed to finish outside the top 17 all season which is beyond a remarkable achievement. Nick Marsh has been exceptionally consistent this year

Brandon Robinson-Thompson completes the top 10 of the Order of Merit and he suffered his first cut of the year last week in Lincolnshire.

Three top 10 finishes throughout the season tells you everything you need to know about his consistency so far, however.

The GLAL.UK Worcestershire Masters kicks off on Wednesday July 20, and the forecast throughout the week is excellent.

We are excited for our members to test The Vale’s adaptations and we know that each decision would have bolstered an already exceptional golf course.