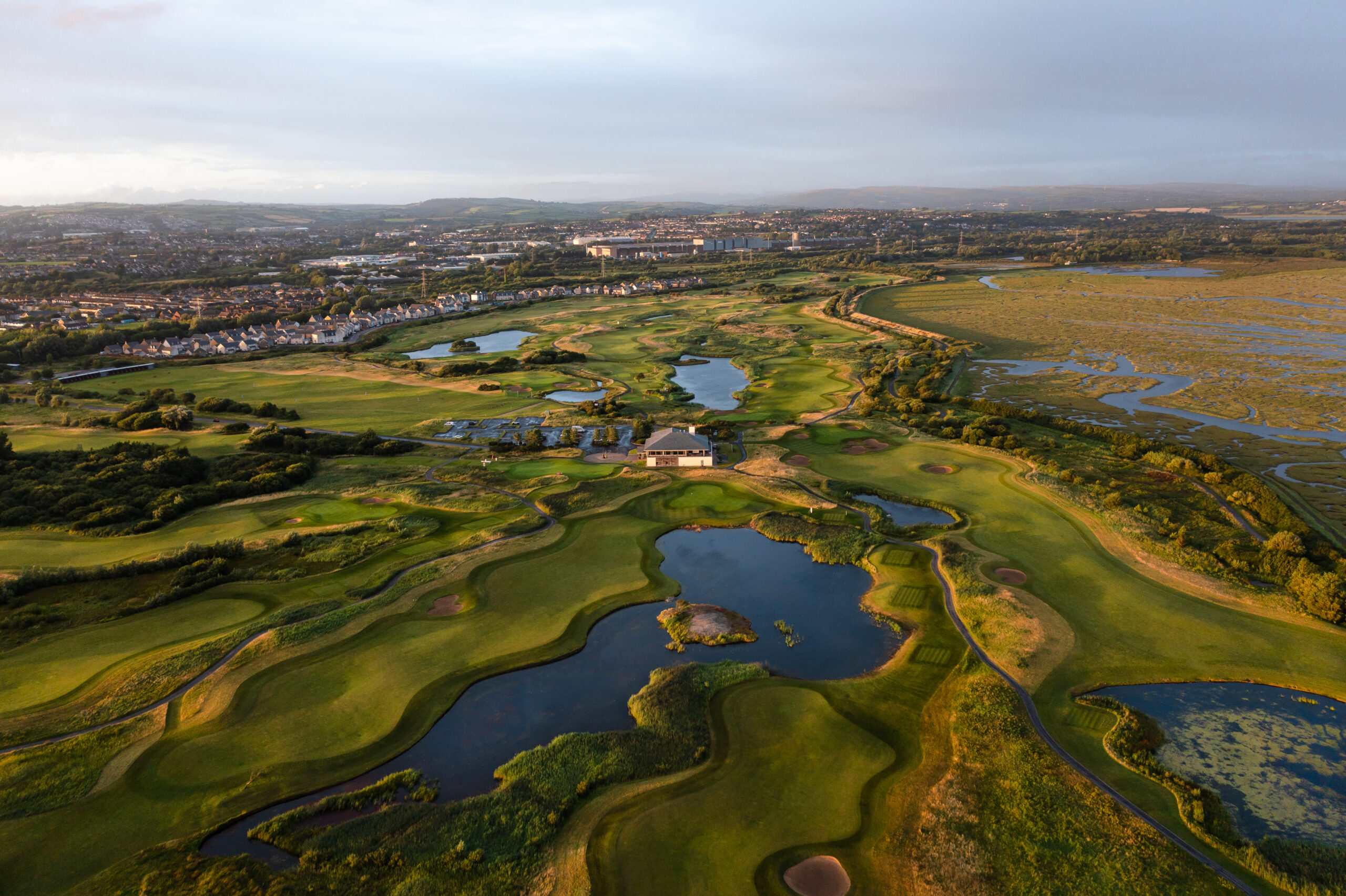 The PGA EuroPro Tour is back on the road for the 11th event of the season, where members will be travelling to Wales for The Lancer Scott Championship.

Machynys Peninsula Golf Club will play host to the tournament, and the beautiful venue boasts outstanding vistas alongside a stern test of golf.

James Allan – last week’s champion – will be heading to Wales with an abundance of confidence after securing his second title of the campaign.

There have been a few contenders for venue of the year so far, but Machynys rivals each and every one of them.

The golf course exceeds the 7,000-yard marking, which will provide a great challenge to every member of the field.

Gary Nicklaus, son of Jack, is responsible for the design and it only opened in 2005 – where it was heavily referred to as the best new course of the year. Machynys Peninsula Golf Club is of the highest quality

A hefty sum of investment was pumped into the location, where approximately £3.5 million was dedicated to strengthening an already reputable golf course.

There are a collection of memorable holes, but perhaps the par-4 16th sits on the throne.

The tee shot requires a long carry over water, but it won’t be until players reach the green when its true beauty is on offer.

James Allan returned to the summit of the Order of Merit following his triumph in Sussex, and he’ll be looking to build his advantage after committing to the sole Welsh event.

The Chelmsford-based golfer holds a healthy lead of nearly £10,000 compared to his nearest competitor.

Dermot McElroy currently occupies second in the season-long leaderboard, but he won’t be featuring at Machynys.

The Northern Irishman has not participated in a EuroPro event since Belton Woods – which he won – so his position of second is phenomenally impressive.

Brandon Robinson-Thompson is also teeing it up in Wales, and he added yet another top 10 finish to his collection at Mannings Heath Golf & Wine Estate.

Robinson-Thompson was crowned champion of the GLAL.UK Worcestershire Masters, holding his nerve expertly to ensure he would be departing with the trophy.

Ryan Brooks, 4th in the Order of Merit, is another name who you should keep an eye on across the tournament.

Brooks won The Bendac Championship, and he made yet another cut last week following two rounds of 70 (-2).

Pavan Sagoo will miss his first event of the season as he will be getting married this week!

We would like to congratulate Pavan and his partner on their marriage, and we hope that they have a fantastic day. The QHotels Collection champion, Nicholas Poppleton, is in the field this week for the 11th event of the season.

Josh Hilleard will be eager for another strong finish and he is currently sat 7th in the Order of Merit, which is a few places short of the Challenge Tour graduates.

Hilleard produced an excellent performance to win at Telford Hotel, Spa & Golf Resort, but he is yet to finish within the top 10 away from that victorious moment.

Jake Ayres missed the cut on the number during The Dell Technologies Championship, but that won’t faze the IFX Payments champion.

Ayres has recorded two top 10s this season and three top 25s. However, a string of impressive performances will be needed if he is to breach the seasonal top 5.

The only member of the top 10 in the Order of Merit to not have won this season is Ben Jones, and he will be absent for our trip to Wales.

Jones has been fantastic all year, but two missed opportunities at Slaley Hall & Donnington Grove means he remains winless – for now!

Finally, Nick Cunningham completes the seasonal top 10 and the Englishman will be involved for The Lancer Scott Championship.

Cunningham took advantage of Jones’ uncharacteristic finish at Donnington, but he’ll need a few more results before he can feel confident of securing a Challenge Tour card.

There is plenty to play for as we enter the climax of the campaign, although five more regular season events means five more opportunities for ultimate glory.

Make sure you keep tabs on our Instagram and Facebook pages, as we will be reporting extensively from Wales.