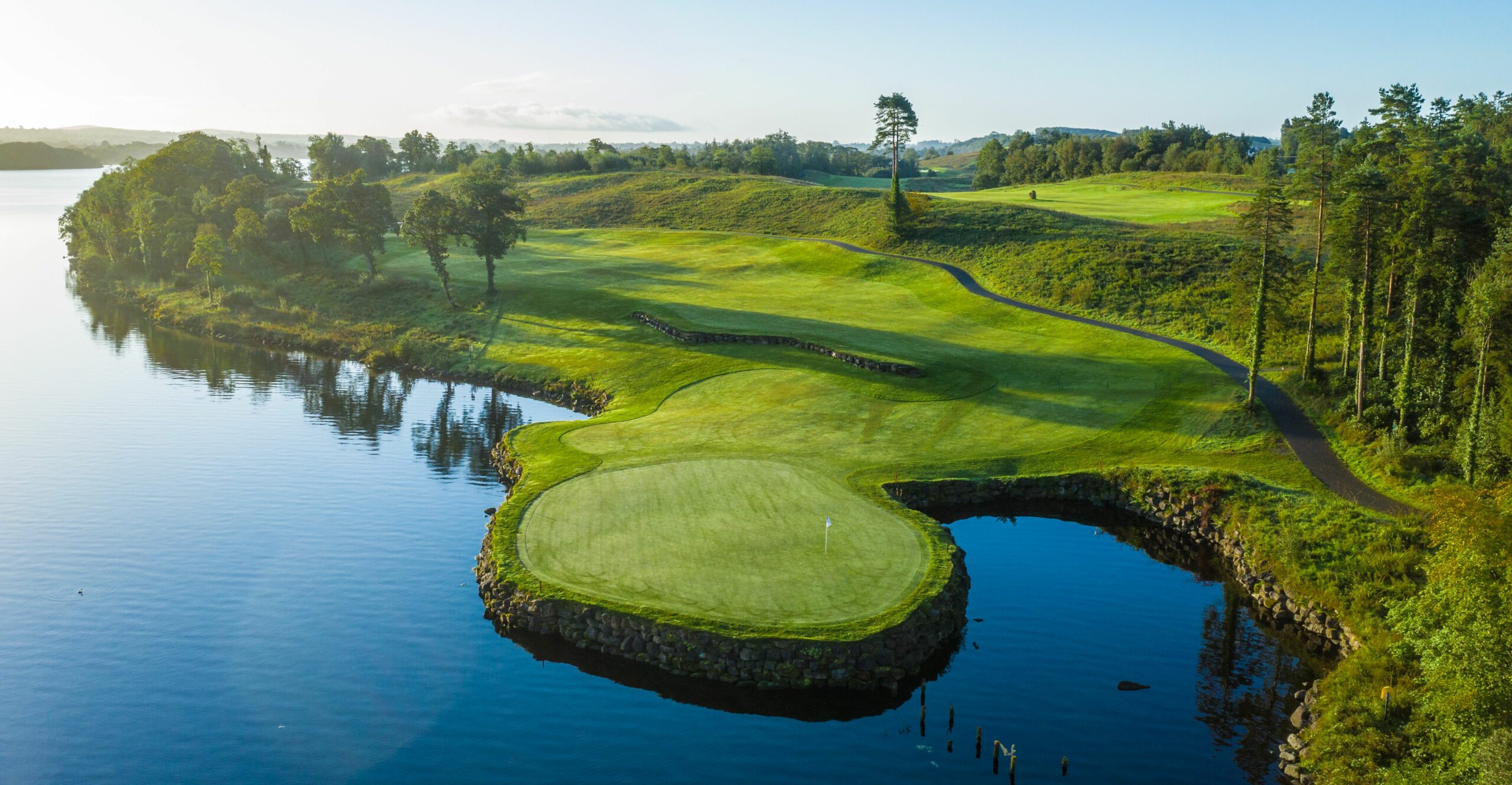 The time for preparation is finally over as The Matchroom Tour Championship will determine the five golfers who will progress to the Challenge Tour.

After 15 events, spanning across several months, the 16th and final tournament of the 2022 season is finally upon us.

As is tradition, only the top 60 qualify for the final event of the year – with each one dreaming of the successive stage.

Northern Ireland’s Lough Erne Resort is an enviable facility that offers outstanding services from both a golf and leisure perspective.

The Faldo Course, which opened in 2009 and will play host to the concluding tournament of the year, exudes quality.

Sir Nick Faldo is the proud designer of this fantastic golf course, and the end result is simply magnificent.

No matter where you stand, there are unbelievable vistas across the entire complex. Lough Erne Resort is of the highest quality

In terms of difficulty, The Faldo Course will ask many questions of the golfer’s game – refusing to offer any respite throughout the round.

Every hole is carved beautifully into the landscape, and its distance of 7,071 yards is menacing to say the least.

However, perhaps the biggest challenge is on the greens; there is no doubt that the eventual champion will have to putt expertly throughout the week.

The Faldo Course at Lough Erne Resort is a masterpiece, and we are very fortunate to be having our Tour Championship at such a majestic venue.

As opposed to the traditional 156, only 60 golfers are lucky enough to be experiencing this tremendous layout.

James Allan is the current Order of Merit leader; the Englishman all but confirmed his Challenge Tour card back in August after his second seasonal victory.

Michael Stewart will be hoping to close out his season in style and look to record his second victory of the campaign.

The Scotsman deservedly won at Leven Links, which effectively secured his Challenge Tour card for next year.

Dermot McElroy is third and he too should be confident in his chances of progressing; the top three hold a healthy advantage over the remainder of the field.

Josh Hilleard is fourth in the Order of Merit, and this is where things start to get interesting, as there is nearly a £6,000 gap between him and McElroy in third.

Hilleard has been crowned champion on two occasions this year, but it is undeniable that this is the biggest week of his professional career. Josh Hilleard is currently 4th in the Order of Merit

Ryan Brooks is in the dangerous fifth position, and the Tamworth-based golfer could have been more relaxed if he didn’t lose to Hilleard in a playoff during the final regular season event.

Brandon Robinson-Thompson, who has been inside the top five of the Order of Merit for many weeks, has been pushed to 6th and currently projected to be missing out on promotion.

Stuart Grehan has enjoyed a stellar second half to the season and his performances has seen him rise to 7th in the Order of Merit.

The Irishman was crowned champion at Spey Valley, which is largely responsible for his surge.

Paul Maddy is the highest ranked player without a win this year; the veteran came so close to changing that at Clandeboye Golf Club following a narrow loss to Sam Broadhurst.

Maddy will know what it takes to get to the Challenge Tour – keep an eye out for this highly impressive golfer this week.

Jack Davidson – The Lancer Scott Championship victor – is 9th and currently £6,000 away from Brooks in 5th.

The Welshman has recorded three top 25 finishes from his previous three events – meaning he’s heading into the final week with some form.

Pavan Sagoo completes the top 10 and he’ll be hoping for another week like his glorious spell at Abridge Golf & Country Club. Pavan Sagoo won the 6th event of the season

Sagoo shot and currently holds the course record – and he nearly matched it the following day to close out a fantastic victory.

The Matchroom Tour Championship will be contested over 54 holes, and, unlike regular season events, there is no cut.

In only three days’ time, we will know the outcome of what has been a pulsating campaign for the PGA EuroPro Tour.

Sadly, it is also the final season for this tour, and we would like to thank every single person who has contributed to its output across its long and glittering history.