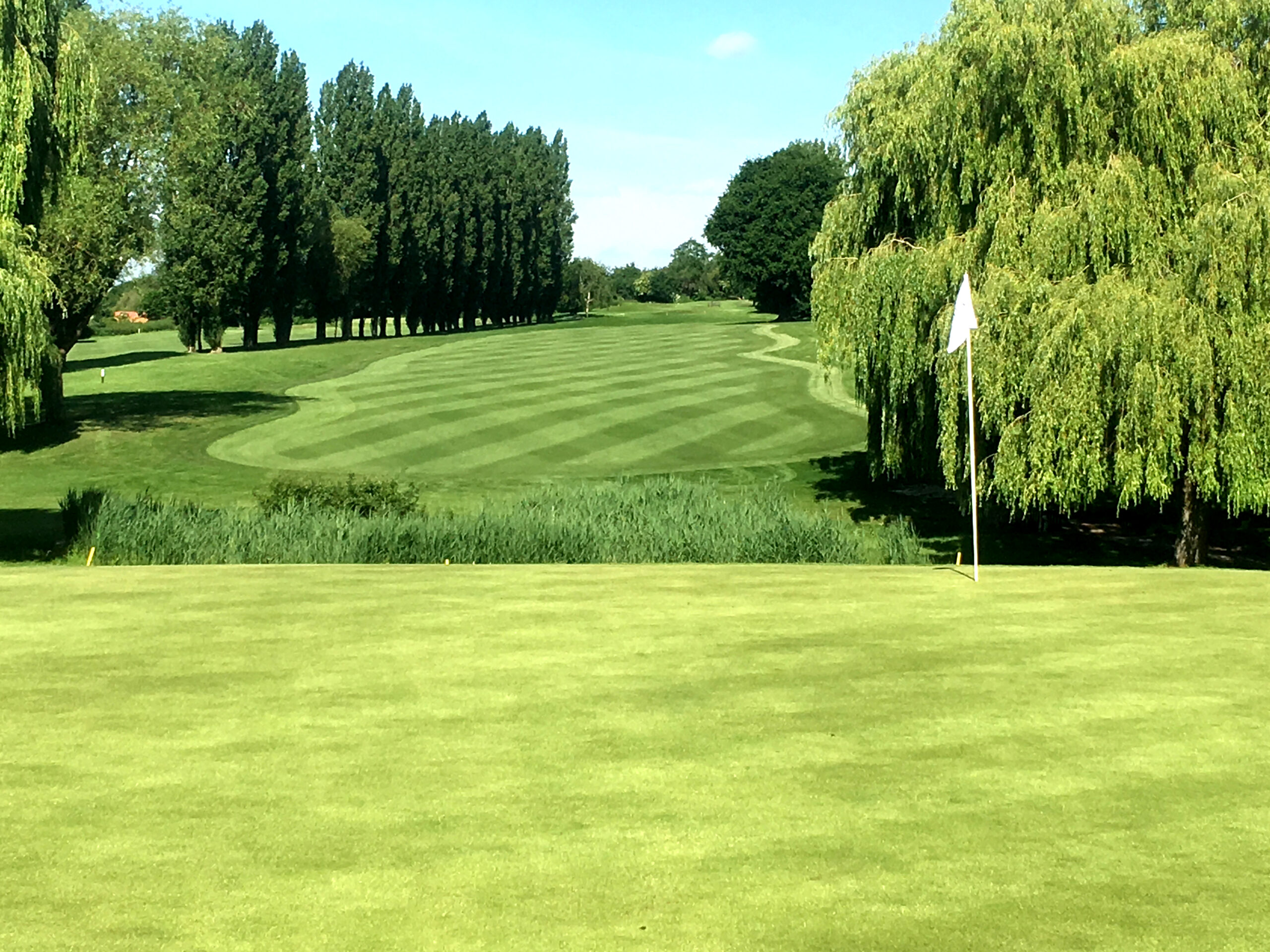 The PDC Golf Championship will be the sixth event of the season, hosted by the awe-inspiring Abridge Golf & Country Club.

This will be the first time that the PGA EuroPro Tour has visited Abridge, and we are excited to see what course awaits the 156-strong field.

Despite not hosting the EuroPro previously, Abridge has operated as a Regional Qualifying venue for The Open Championship.

Abridge issued Henry Cotton one of his earlier chances of designing a golf course, with the end result simply phenomenal.

The designer wanted both loops to start and finish at the clubhouse, which is something that is common with modern facilities.

Although his original vision has been slightly bolstered, the theme and feeling of the layout remains intact.

A real standout of Abridge are the stupendous, true-rolling greens and the expertly maintained fairways.

The greenkeeping staff evidently care, and that is reflected on the course’s quality and playability. Abridge will host the EuroPro for the first time this week

Another interesting fact about Abridge is that holes 10, 11 and 12 combine to create the ‘Abridge Amen Corner’.

This three-hole stretch exclusively features par fours and each one measures well beyond the 400-yard marking.

Following his emphatic victory during the inaugural play-off of the 2022 season, Ryan Brooks has given himself the week off.

His victory has pushed him to the summit of the Order of Merit, but there is still plenty more golf to be played yet.

Considering the EuroPro Tour will be taking a short hiatus following the conclusion of this event, Brooks will be enjoying a two-week break from EuroPro competition.

James Allan has been knocked off the top of the seasonal standings for the first time this year.

The Essex-based golfer will relish playing in his home county, where he will look to restore his lead in the Order of Merit quickly.

Jake Ayres will also be teeing it up in Essex, and he’ll be looking to bounce back after missing the cut at Cumberwell Park.

His victory at the IFX Payments Championship was the first EuroPro capture of his career.

He – alongside every other winner this season – will know that one more victory should be enough to secure their place on next season’s Challenge Tour.

Josh Hilleard is another prominent name who has committed to The PDC Golf Championship.

Hilleard must have felt like a home favourite at last week’s Bendac Championship, having attracted a crowd throughout his three rounds.

He too recorded his maiden EuroPro win this season, having triumphed in the second event of the year: The Ignis Management Championship.

Nick Cunningham will also be participating in Essex, where he’ll be looking to compile more prize money for the seasonal standings.

Cunningham missed the cut at Studley Wood following his victory at Donnington Grove, but a T41 finish has steadied the ship for now.

Benjamin Jones, who finished runner-up and T2 during the first two events of his season, will be looking for a response following back-to-back missed cuts.

Two missed cuts in as many events is surprising, although we expect to get his campaign back on track in Essex this week.

Nick Marsh is also in the field and what a start to the season he has enjoyed, finishing in the top 10 on three occasions.

Marsh rewarded himself with a week away from competitive play on the EuroPro, and he’ll be hoping that brief hiatus can keep him sharp.

Dermot McElroy is arguably the most explosive player on the roster; there aren’t many players who can shot eight-under during the final round. Dermot McElroy is 9th in the Order of Merit

The golfer, from Northern Ireland, featured on the Challenge Tour last week and finished T11, which was mightily impressive.

Following his loss in the play-off to Ryan Brooks, Michael Stewart has snuck into the top 10 on the Order of Merit.

Stewart was in the final group at Donnington Grove and another excellent performance at Cumberwell Park should tell us everything we need to know about his chances of progression this year.

We’ve selected three golfers who we think you should keep a keen eye on across the week; all three have the game to win on the PGA EuroPro Tour.

Although we just mentioned Michael Stewart, we believe he has the game to do some serious damage on this tour.

The Scotsman is driven and determined. He took the heartbreak of losing in the play-off exceptionally well, demonstrating his class the moment the result was decided.

Another good week in Essex should issue him all the confidence he needs to go out and get that deserved victory.

Sam Broadhurst did not feature in the opening two events of the season as he was competing on the Challenge Tour.

His first start on the EuroPro this year resulted in a missed cut at Donnington Grove, although that remains to be one very challenging golf course.

A T33 finish at Studley Wood was bettered by a T14 result at Cumberwell Park – can he continue the trend and improve on previous weeks?

As the season progresses and Broadhurst becomes more relaxed, we expect to see his name near the top of every leaderboard.

After opening the season with a T15 and T7 finish, Piers Berrington looked like one golfer to keep a close eye on this year.

His successive results may not have been able to reach the heights of his earlier performances, but this is no more than a bump in the road. His successive r

Following back-to-back missed cuts, we expect this to be the week that Berrington recaptures his fine form and stakes a claim for that trophy.

You can keep up to date with all the latest developments during the tournament on our social media channels.