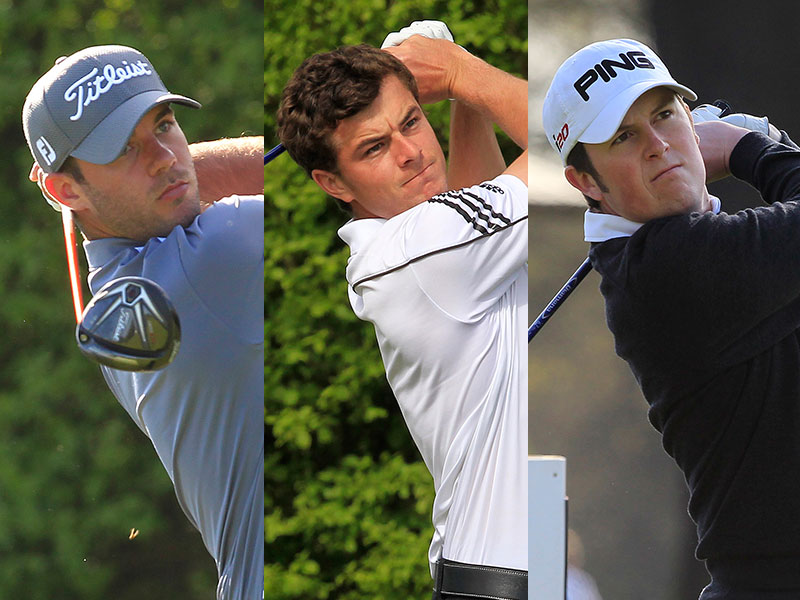 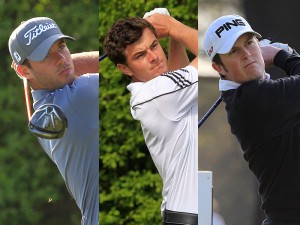 Laurie Canter, Luke Cornford and Dave Coupland will take a one-shot lead into the final round of the PDC Golf Championship at Frilford Heath Golf Club in Oxfordshire.

The trio are seven under par after two rounds on the Red Course, with Adam Runcie, Luke Jackson and Rhys Enoch one back on six under. Mark Laskey, who lost out in a play-off here in 2013, is two back in seventh.

Canter (Cumberwell Park Golf Club) has twice finished second on the EuroPro Tour. He earned his European Tour card for this year through Qualifying School but returned to the EuroPro having been stuck on the reserve list for the Irish Open this week. He carded was unblemished in carding a second-round 68, four under par, for a -7 tournament score.

Cornford (Cooden Beach Golf Club) shot three under in his second round for a share of the lead, but will be left rueing a double bogey at 8 and a dropped shot on the 12th which denied him the outright lead.

Coupland (Woodhall Spa Golf Club) graduated from the EuroPro in 2014 and has returned with the Challenge Tour not having a tournament this week. He too dropped a shot on the 12th in an otherwise bogey-free round of 69.

“I haven’t driven the ball my best this week but my short game has been saving me a lot,” said Coupland. “I had a couple of chip ins today, which always helps the card. I’ll be looking for more of the same tomorrow, stay patient and don’t panic if I hit a bad shot.

“It is a good standard now on EuroPro, there are some great players and three of the last five Challenge Tour winners are EuroPro lads so it isn’t to be sniffed at.

“It is nice to come here in familiar surroundings, a familiar course and feel comfortable. I won’t put any pressure on myself for the final round, I will just go out there, play golf and if it comes off, it comes off, but there are a lot of talented golfers here.”

The PDC Golf Championship is a 54-hole tournament which began on Wednesday, May 18 and concludes on Friday, May 20. A cut to the leading 50 players and ties has now been made with all those at level par or better proceeding to play Friday’s concluding 18 holes for a £10,000 winner’s cheque from a total prize fund of £50,000. Spectator entry is free throughout the event and highlights will be broadcast on Sky Sports on Tuesday, May 31.