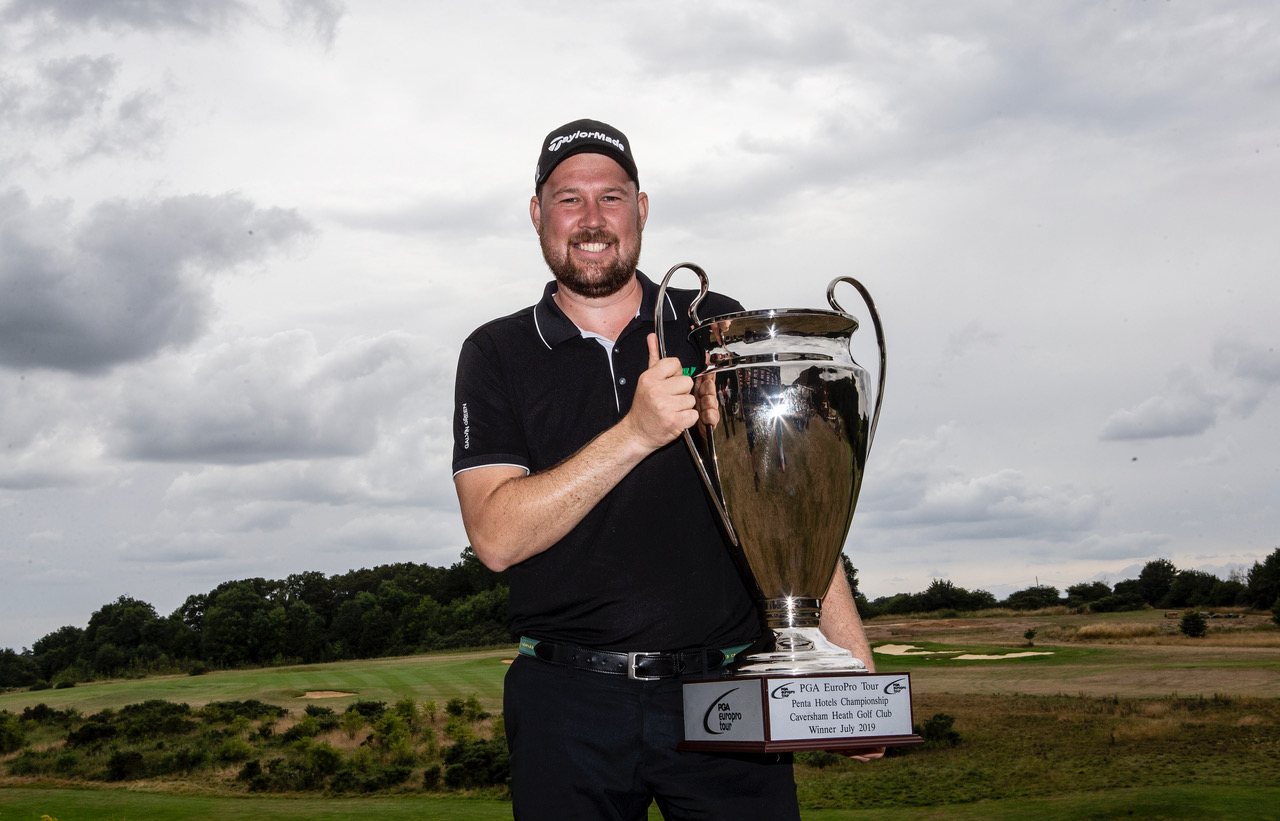 The pair played the final round together and both posted -14 totals by signing for two 68s on a topsy-turvy day when 15 players had a realistic chance of getting their hands on the trophy.

Towndrow got to -15 with six birdies and six pars through 12 holes and he showed great grit to hole a slick 20-foot downhill par putt at the tricky par-3 13th. He went bogey-birdie-bogey over the next three holes before finishing off with a couple of pars.

Moore had looked to be in pole position with a couple of holes to go before bogeying the 17th from a greenside bunker and parring the 18th.

But it was the Southport & Ainsdale player who emerged victorious by navigating the 18th hole in picture-perfect fashion and holing a 12-foot birdie putt in the play-off.

“I hit driver as best as I can and had 112 yards, which is perfect for me with a 52° wedge,” said Towndrow. “I’d been pitching really nicely all day and to do that under the gun was really good. I’m ecstatic and still in a bit of shock but it’s starting to sink in.”

Overnight leaders Sam Locke (Paul Lawrie Golf Centre) and Calum Fyfe (Golfing4Life) were both well in contention as they stood on the 18th tee, but a couple of lost tee shots saw them slip agonisingly into a tie for 10th.

Towndrow jumps 51 places to 6th in the Race to Desert Springs and Moore is up to 14th. Mansell has increased his advantage at the top to just over £4,000 and Mikael Lundberg (Lumine GC) has gone up one place to 4th by finish T24th this week.