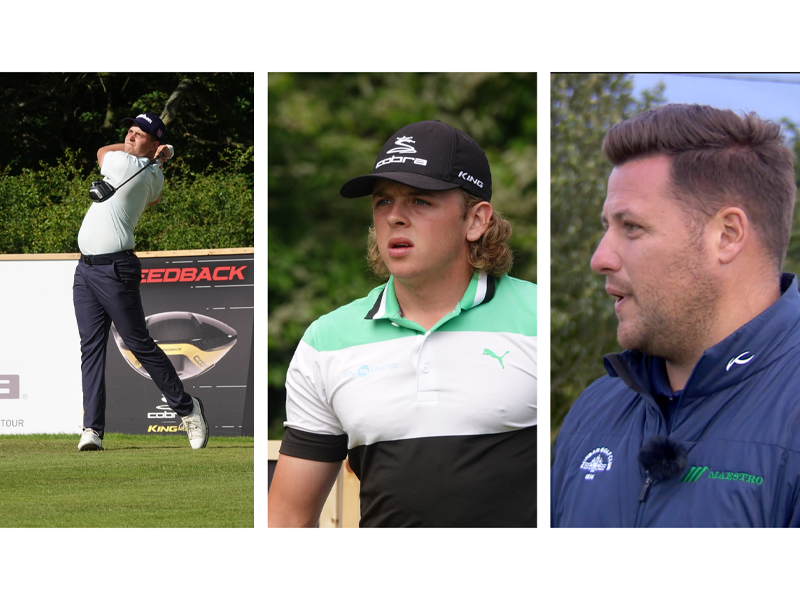 Trio at top of Motocaddy Masters after Day 1

Neil Fenwick (Dunbar Golf Club), James Allan (Chelmsford Golf Club) and Oliver Clarke (White Rose Management) are all tied for the lead on six under after the opening day of The Motocaddy Masters at Macdonald Linden Hall.

On a day where the sun shined, it was Fenwick glowing early doors taking an initial lead away from amateur Matty Lamb with a round that included seven birdies only to be marked by a bogey on 18.

As the afternoon grew on, Allan and Clarke made a charge for the top with Allan going six under on his front nine with four birdies back to back in the mix whilst Clarke was five under thru his first nine holes after starting on the tenth.

Lawrie could’ve had an even stronger foothold if it wasn’t for a slip up on 18 that has proven tricky for many on day one. Meanwhile, Wilson who qualified for The Open yesterday carded six birdies. Ross was bogey-free.

Several players all carded rounds of 68 to be in the mix on four under including the Swedish duo of Mikael Lundberg (Lumine Golf Club) and Daniel Jennevret.

Group on Four under

The second round of  The Motocaddy Masters continues tomorrow at Macdonald Linden Hall, Morpeth (Thursday, 4, July).