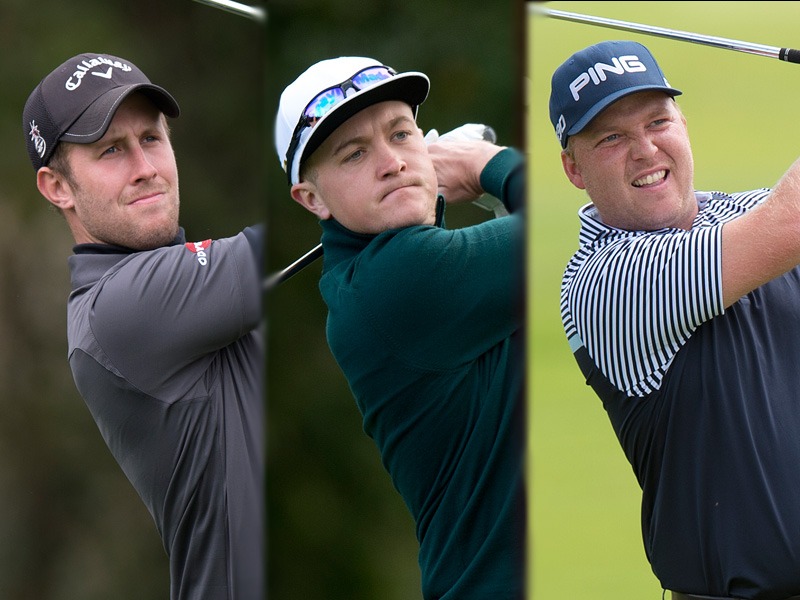 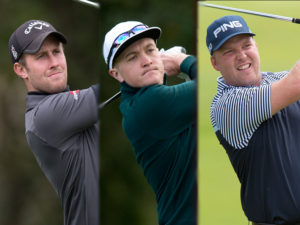 Robert Watson, Richard James and Adam Hodkinson share The Lookers Championship lead on four under par after carding opening round 67s on the Colt Course at Close House.

The trio are one clear of nine golfers on three under par at the top of a bunched leaderboard in the seventh tournament of the HotelPlanner.com PGA EuroPro Tour season.

Players in this week’s event have the opportunity to win one of three brand new cars in a Hole In One prize courtesy of tournament sponsors Lookers. A Nissan Juke was the prize on Wednesday but that went unclaimed with a handful of golfers coming close but none managing the ace.

A VW Polo is up for grabs during the second round and an Audi A1 will be on offer during Friday’s final round.

Hodkinson (Chorlton-cum-Hardy Golf Club) lies eighth on the Race To Desert Springs Order of Merit, with a second-place finish having lost out in a play-off at Cumberwell Park the most significant contribution to his earnings this season.

He opening with a birdie at the 10th and turned home three under having also broken par at the 13th and 15th. He moved to four under when he made three at the 2nd but dropped a shot at the 6th. Consecutive birdies followed but he closed his round with a bogey on the 9th.

Watson (The Shire London) began his round on the 10th tee and went out in 35 with a bogey at the 12th and birdies at 13 and 16. Coming in he broke par at the 2nd, 6th and 8th to sign for a four-under-par 67 with his five birdies all coming on par fours.

Welshman James (Aberdovey Golf Club) carded four birdies on the front nine, with a bogey at the 5th sandwiched between back-to-back birdies at the 3rd and 4th and 6th and 7th. Coming in he dropped a shot at 12 before getting to four under with a two at the 14th and a four up 17.

The Lookers Championship is a 54-hole strokeplay event, with a cut to the top 50 and ties to be made after the second round. Spectator entry is free throughout and live scoring can be found at www.europrotour.com.
A two-hour highlights package from Close House will be broadcast on Sky Sports on Tuesday, August 9.

Lookers Hole In One