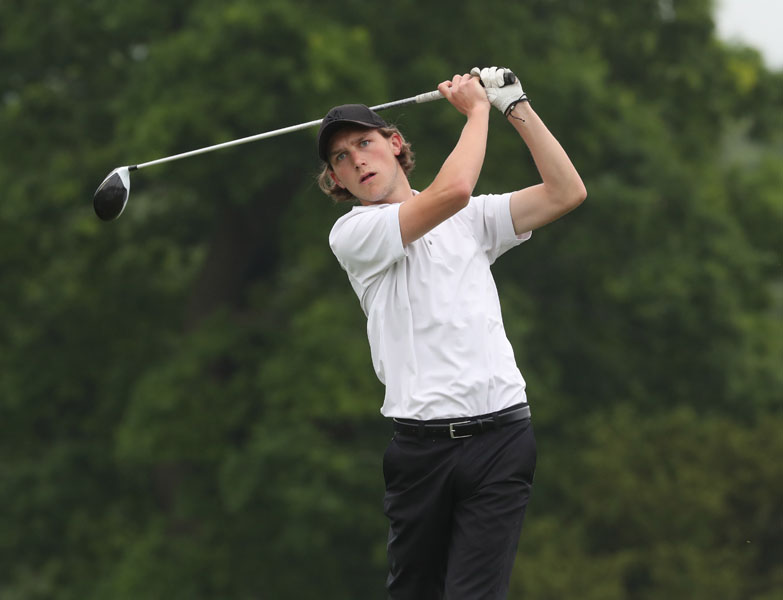 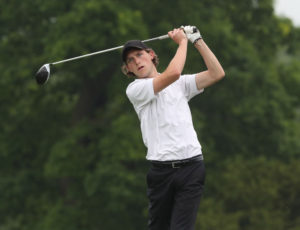 Luke Turbutt shot an emphatic nine-under par opening round to lead by one at the PDC Golf Championship at Studley Wood Golf Club, Oxfordshire.

Turbutt (Kings Norton Golf Club) never looked like holding the top spot heading into his final three holes at a respectable score of five-under par. However, the 20-year old had other ideas, finishing birdie-birdie-eagle to claim a stunning first round lead.

He said: “It was just one of those rounds that went so well from the first tee, I holed a few putts and, in the end, made it look easy.”

An impressive score made even more remarkable given he picked up a bogey on the front nine. On his stunning finish he said: “I don’t really know what happened there, I just played the shots like I did on the front nine and the putts seemed to roll in. It was helped by the fantastic condition the greens are in, the course is playing tough but it is in great shape.”

Nick Watson (Stoke Rochford Golf Club) was the first group out at 7.30am and set a bar which could not be reached until late in the day. A stunning round which included eight birdies and not a single blemish.

Speaking after his round he said: “It was a very early start but it’s always nice to play a course when it is fresh, I felt solid out there today.”

It was an almost flawless performance from the 25-year old, who hit 17 greens in regulation, and never looked like slowing down. He said: “I know long game is one of my strengths and with Studley Wood having five par fives, it really does suit me; and the fact I birdied all five today shows how key it will be for me this week.”

Fresh from a top-ten finish at the Matchroom Sport Championship, the form looks to be continuing for Watson who said: “I’ve got some confidence going after a solid performance last week which I feel I can carry into this one.”

The Lincolnshire lad is no stranger to this scenario, when last year he opened with rounds of 68 and 69, before slipping at the final hurdle shooting five-over par (75). He said: “I feel I can tap into some of that early success I had last year here at Studley Wood, I really enjoy playing this course and feel I can draw off that heading into tomorrow.”

Watson is closely followed by Scott Fallon (North Middlesex) who collected a staggering nine birdies on his opening round and would have been the round one co-leader had it not been for back-to-back bogeys on 12 and 13.

The second round of the PDC Golf Championship continues on Thursday, 7thJune, after which a cut to the leading 50 players and ties will be made.