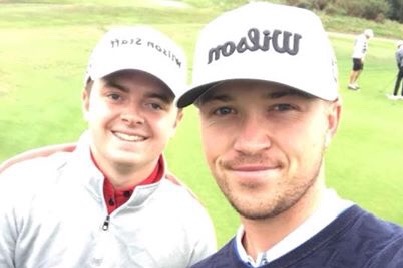 PGA EuroPro Tour players Richard Mansell and Joe Brooks have raised over £4,500 for their friend, Charlie, who recently suffered a brain haemorrhage in the left side of his brain.

Mansell met Charlie nine years ago at the European father and sons golf championships and they’ve been close friends ever since with Charlie looping for Richard at first stage of European tour school last year where they successfully made it through. Brooks meanwhile played with Charlie at junior level.

In little over three days, the event was organised and funds raised to help Charlie who still hasn’t gained consciousness at the time of writing. The pair took on 100 holes at Beau Desert Golf Club on Monday taking alternate shots as a two ball to complete it in just over fourteen and a half hours. 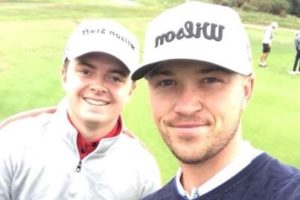 Mansell explained that “his (Charlie’s) whole right side of the body is paralysed, the haemorrhage occurred in the part of the brain that controls understanding and speech so this is guaranteed to be damaged but we still don’t know the extent of any of his damages.”

Funds raised from the event will help Charlie’s parents visit him in hospital amongst other things. Mansell explained: “I am hoping that we can raise some money for Charlie and his family at this difficult time whether that be for train fares, hotels, private rehabilitation or whatever Charlie and his family need and want to put the money towards going forward.  They shouldn’t have to think about money at a time like this and it just proves how important life is and none of us know what is around the corner.” 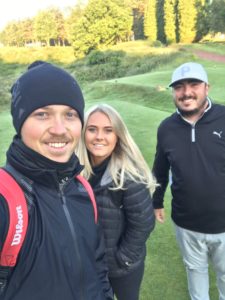 “He’s (Charlie) just one of them people who brings life to the room and is impossible not to love. He’s always smiling and I want to help get that smile back on his face as soon as possible.”

Mansell added that it puts perspective on life: “I’ve been guilty in the past like 99% of the golfers I know for moaning when we hit bad shots, getting down and acting like it’s the end of the world when we miss a 5 footer for par.”

“In reality, it isn’t and this has been a massive reality check for me. What Charlie and his family are going through is real life and it shows how we need to not take any day or moment of time for granted as we don’t know what’s around the corner.”

The PGA EuroPro Tour thoughts and prayers are with Charlie and his family and friends. The Tour sends our best wishes in his recovery.

More information on Charlie’s condition and updates can be found on the GoFundMe donation page here.