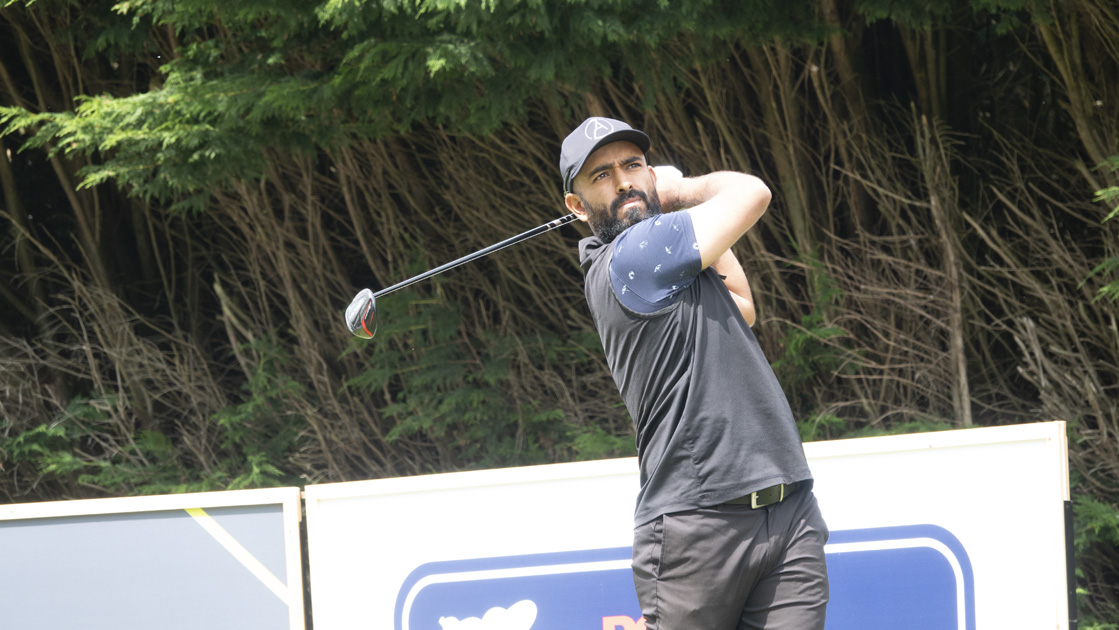 Ryan Brooks and Pavan Sagoo will head into the second round of The Bendac Championship as co-leaders.

The duo strung together mightily impressive performances in the West Country, carding 65 (-6) to take a slender advantage into Thursday’s action.

We’ll start with Sagoo, who failed to progress past the cut in Oxford – missing a Friday for the first time this year.

Away from that minor blemish and the Englishman has been steady throughout, finishing T7 at Harleyford and T12 during The World Snooker & Jessie May Championship.

Those two notable results currently position him 22nd in the Order of Merit; he has successfully created a platform for success this season.

He began his back nine in confident fashion, carding birdie at both 10 and 11 – which was a three-hole birdie streak – but dropping one at the par-4 15th.

Determined to conclude his day positively, two final birdies on the closing two holes launched him into the outright lead.

Unfortunately, he did not remain in the solo lead for very long, with Brooks matching his score of 65 quickly.

Both men were part of the morning wave, but perhaps it will be Brooks who is the happier of the two.

He doubled the second hole of the day and didn’t creep back to even par until a birdie on the 8th.

The following hole produced an eagle, before a colourful back nine – that included four birdies, a bogey and another eagle – salvaged his disappointing start.

The player, who represents Whittington Heath Golf Club, has endured a stellar start to his season – although he missed an opportunity for victory at Donnington Grove.

Brooks missed the cut during the opening event of the season but finishes of T18 – 4th – T6 has helped him to 10th in the Order of Merit. Whilst the two mentioned can certainly enjoy their evening meals, the work is far from over as there is a three-way tie for 3rd.

David Hague, who started on the 10th tee, began his tournament in an exhilarating manner, opening with birdie-eagle-par-birdie before two later bogeys should disrupt his front nine flow.

Three additional birdies – without a sole blemish – resulted in a more promising back nine and the Englishman will be hoping that this is the event that can kickstart his season.

This is the third tournament of Hague’s campaign, and he is yet to progress past the cut after missing Friday in both Telford and Oxford.

Alongside Hague is Ben Hutchinson, someone who held the lead during the early stages of the first round.

He too started on the 10th tee today, although he failed to match the excitement of Hague’s first few holes.

Nevertheless, three birdies and one bogey resulted in the Englishman making the turn in 34 (-2).

Birdies at 1, 4 and 6 means that he is only one-stroke off the two co-leaders with 36 holes remaining.

A positive result is needed for Hutchinson, who currently sits 48th in the Order of Merit, having failed to record a top 20 finish this season.

Bailey Gill may have missed 50% of cuts so far, but he looks set to strike fear into his competitors after a confident 66.

Starting with consecutive birdies will always provide an injection of belief, but he dropped a shot at the 15th* before 18 yielded yet another bird.

A blemish-free back nine also saw him pick up three extra shots, and if the Englishman can keep this form up, he should comfortably record his best finish of the season to date. Joshua McMahon, Billy Spooner, Ben Amor and Steve Surry all share the position of T6 – and the quartet are two strokes off the pacesetters.

McMahon is playing with limitless confidence at the moment, although last week’s finish of runner-up would have naturally hurt.

Take nothing away from Jake Ayres – who has work to do after shooting even par today – as he played spectacularly on a Friday that culminated with a birdie-birdie-birdie finish for ultimate glory.

Today’s score of 67 is another large piece of evidence that McMahon is the real deal – a PGA EuroPro Tour title is surely imminent.

Spooner will look to build on his impressive performance at Harleyford, having missed consecutive cuts since the opening event.

The Englishman was victorious on two occasions during the 2018 season – which concluded with his graduation to the Challenge Tour.

Whilst he remains back with the EuroPro, it’s evidently clear he has just one objective: a gigantic leap back to where he belongs at the successive stage.

Surry is a local legend, and this isn’t the first time that he has competed in a EuroPro event at Cumberwell Park.

The golfer, who represents the club, started his tournament superbly, carding 67 to sit T6 and only two off the leading duo.

Remarkably, a steady opening saw him make the turn at even par after a birdie on the 5th was cancelled out by a dropped shot on the 8th.

His back nine was simply carnage; six birdies, two bogeys and a sole par would have given his playing partners some entertainment!

Despite his turbulent finish, Surry is well placed to not only make the cut, but to contend throughout the remainder of the week.

The cut line is currently projected at one-under, and we expect that to rise – those who are trailing behind will need a good day tomorrow.

Rain will threaten to darken Thursday’s action, but this is definitely a golf course that holds the potential of producing really low scores.

There’s plenty of work to do for the field during the second day of The Bendac Championship, which continues Thursday 07:30.