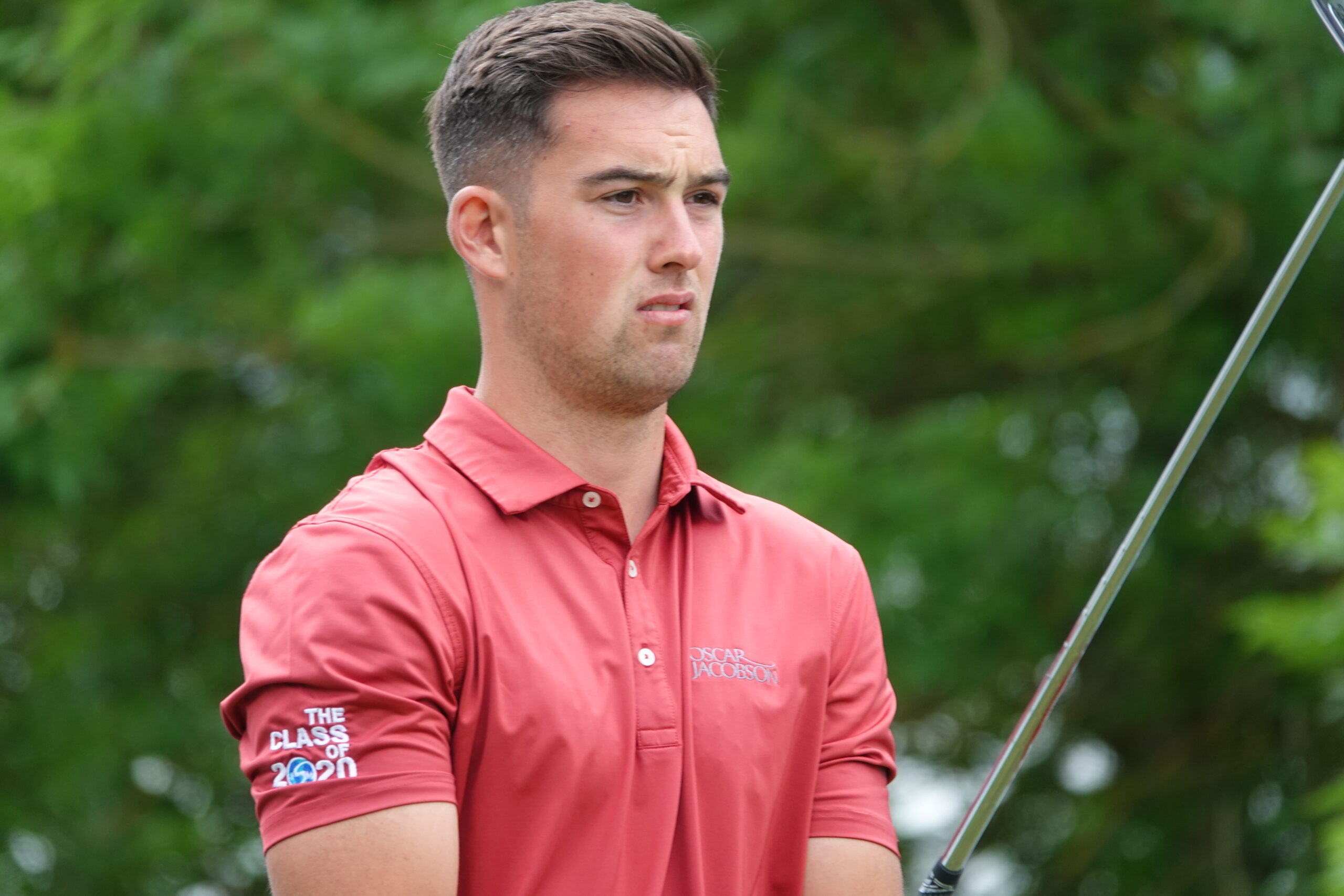 Mitch Waite and Tom Sloman will go into the final day at Studley Wood with a share of the lead at 16 under, two shots clear of their nearest competitor in Oxfordshire.

Waite of Filton Golf Club posted his second 65 (-8) of the week with only one blemish on the card at the fourth but recovered well picking up seven birdies to sit at the top of the leaderboard, at one stage by five shots.

The Trinifold Sports golfer, made more birdies than anyone else out on the course on day two to hold the clubhouse lead going into the final day once again on the EuroPro. Sloman currently sits on the fringes of the top five on the order of merit so a victory would do his chances a huge boost of securing his passage to the Challenge Tour. Waite meanwhile will head into the final round looking to become the first player to win two tournaments in a season since Todd Clements in 2019.

Robbie Busher (Rushmore Golf Club) found his rhythm with a second round of nine under for 64 to sit solo in third, his round including five birdies and an eagle, eagle finish on the 17th and 18th.

William Harrold (Sheringham Golf Club) kept pace with a second round 70 to go with yesterday’s 64 to be four strokes off the lead alongside recent EuroPro winner Jack Yule of King’s Lynn Golf Club. Yule with a bogey-free round of 65 to move right into the mix going into the third and final day.

Wednesday’s leader Josh Hilleard struggled to replicate yesterday’s round of 11 under, signing for a level par round where he was always scrambling to keep damage to a minimum. It was a different story for James Newton who got things rocking to sit at 11 under with a round of 66 doing the heavy lifting for Prestbury golfer. Jack Doherty (Rowallan Castle Golf Club) also put down a 66 with a valuable eagle on the 18th securing position.

Five will start the last day six off the lead at ten under with plenty of winning pedigree to boot. Paul Maddy (Gog Magog Golf Club), Matthew Nixon (Sandiway Golf Club), Bailey Gill (Lindrick Park Golf Club), Stephen Shephard (USA), and Nick Marsh (Huddersfield Golf Club) are all vying for positions. The standout round coming from Shephard who had a double bogey to contend with before an eagle on both 17 and 18.

The cut was made at the lowest to date this season for seven under with the leading 50 players and ties making it to the final round. The leading group of Waite, Sloman and Busher will head out for their final rounds at 11 am tomorrow morning. Tee Times

Highlights from The Studley Wood Championship at Studley Wood Golf Club will air on Sky Sports Golf on Tuesday 14, September at 6 pm with several other showings scheduled. See the full where to watch guide here.