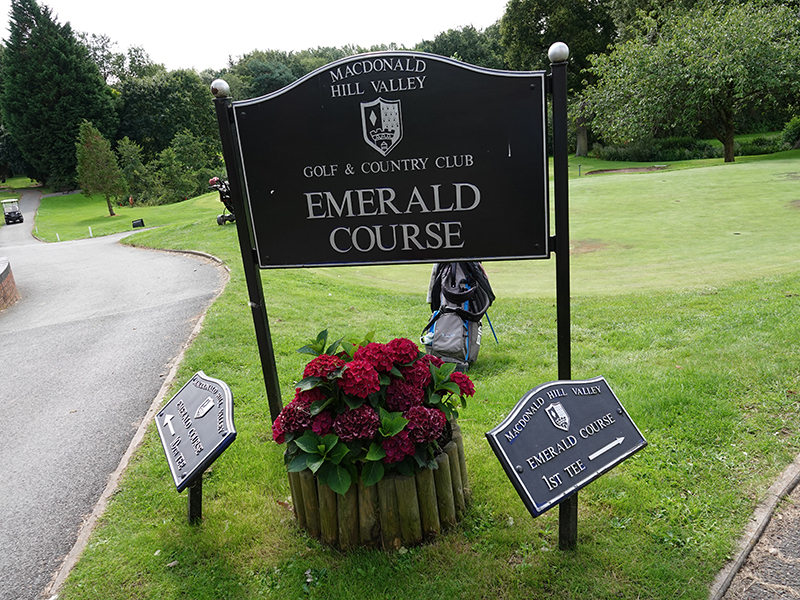 Mitch Waite and Sean Towndrow lead at Macdonald Hill Valley Hotel, Golf, and Spa after the opening day in Shropshire.

Waite (Filton Golf Club) knocked it round in 65 (-6) with five birdies and an eagle including two his birdies coming on the par 5s.

Meanwhile, Towndrow (Southport & Ainsdale GC / Golfing4Life) had eight birdies on his card to tie for the lead with Waite after day one.

First out this morning was James Allan (Chelmsford Golf Club) taking advantage of the early start going tied third 66 (-5) whilst his playing partners Ryan Campbell (Falkirk Golf Club) and Jack Davidson (Llanwern Golf Club) finished round one on one under and level respectively.

Tied with Allan is Will Whiteoak (Shipley Golf Club) in a round that included three birdies on the bounce followed by an eagle and a further birdie on the front nine.

Jennevret followed on from a strong finish at Frilford Heath with four birdies on his front nine. McKechnie, Clements and Young were all bogey-free.

There was also a hole in one on seventeen for Mannings Heath winner James Ross who finished level par.

The second round of the PGA EuroPro Tour at Macdonald Hill Valley Hotel, Golf, and Spa where a cut will be made to the leading fifty players plus ties.

Entry is free to watch at Macdonald Hill Valley Hotel, Golf, and Spa. Come and enjoy watching some of the rising stars of the game at no cost.

Highlights of The HotelPlanner.com Championship will air on Sky Sports Golf on 3, September 2019 at 20:00