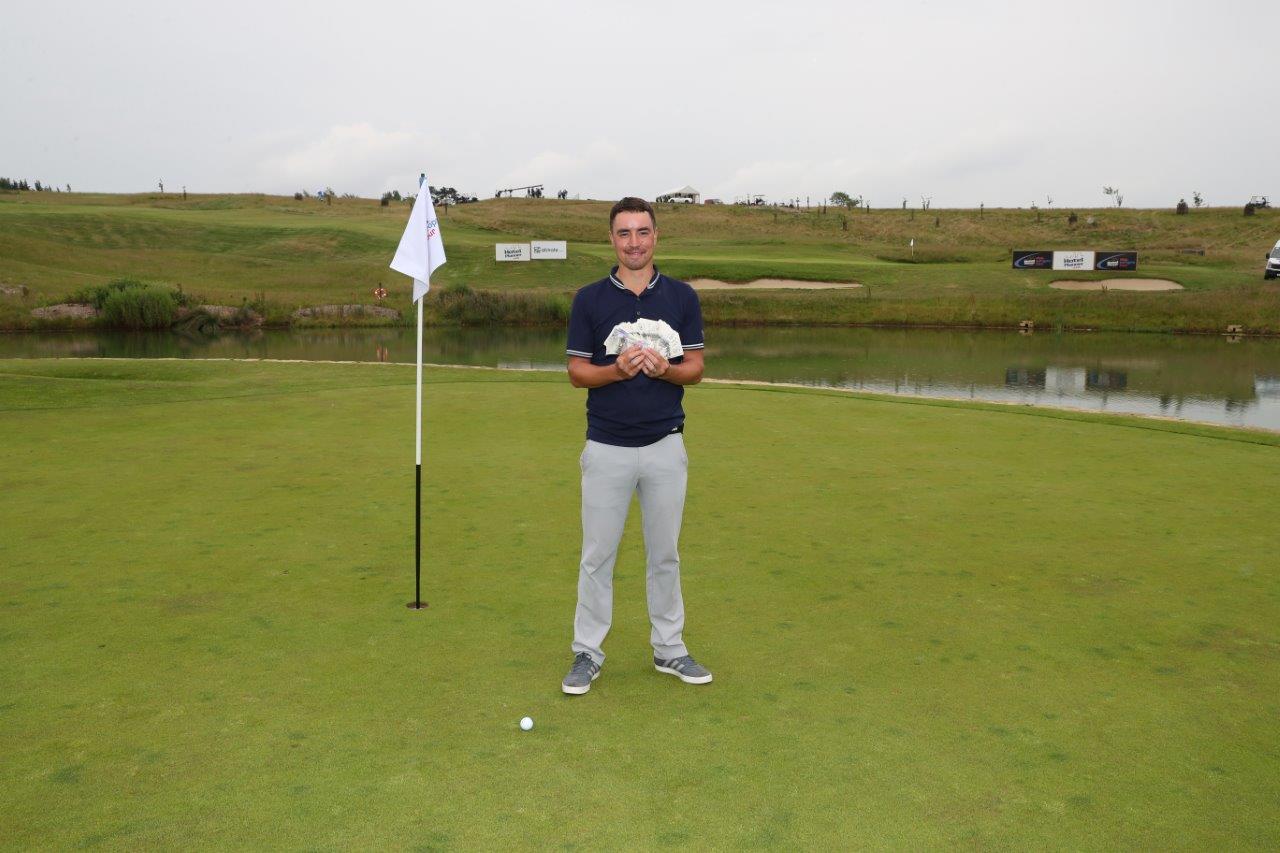 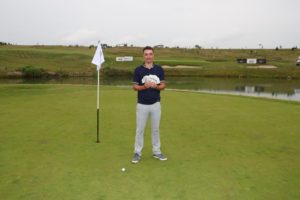 Golfers had a £100,000 incentive to make a hole in once across 170yards of water on Cumberwell Park’s spectacular new par three course. None of the 26 who qualified to take a shot managed an ace, but several came close.

Closest was Walkely (Hayling Golf Club), who took the £1,000 bonus from the hands of Andrew Cheese (Sutton Coldfield Golf Club.)

Cheese made it to within 4ft 10 inches of the flag but Walkely was half an inch closer and pocketed the cash.

“It’s nice to win £1,000,” said Walkely. “We were all clubbing off one another. I had wedge ready but I changed two shots before my turn to take a little 9 iron to try and fade it in there.

“It would have been nice to get the £100,000 – when the crowd was getting louder and louder I thought ‘it’s going to be close’. It’s always nice to get some money back and I’ll probably put it towards my costs this season.”

Watch the Ablrate Shoot-Out as it happened at www.facebook.com/pgaeuroprotour