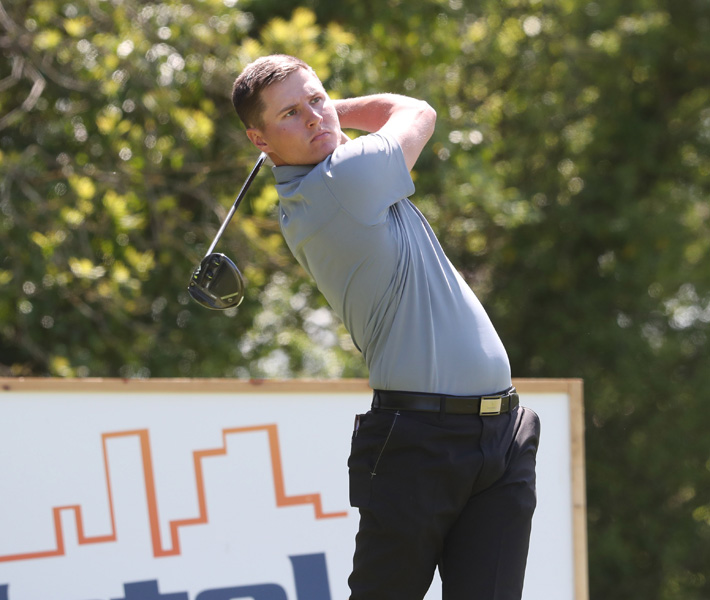 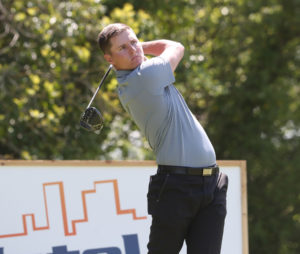 Nick Watson, Nick Marsh and Paul Kinnear share the six-under-par lead after the first round of the Dawson & Sanderson Classic at Longhirst Hall Golf Club in Morpeth.

The trio lead by one in the HotelPlanner.com PGA EuroPro Tour event. Min Kyu Kim (Golfmind Korea), a 16-year-old from South Korea, and Northern Ireland’s Jonathan Caldwell (Clandeboye Golf Club) are tied fourth on five under with six golfers on three under after shooting 69 in the first round. They include Adam Hodgkinson (AH Golf and Sports Management), who qualified for The Open at Final Qualifying on Tuesday.

Watson (Stoke Rochford Golf Club) was the first to sign for an opening-round 66 on the Dawson Course. His tournament started with a bogey but a fine run of birdie, birdie, albatross from the fourth saw him move below the card. He was five under at the turn after breaking par at the ninth and was soon one shot better off after birdieing the tenth. Bogeys at 13 and 18 wouldn’t deprive him a share of the lead thanks to birdies at 16 and 17.

Marsh (Huddersfield Golf Club) is tenth on the tour’s Race To Amendoiera and with sixth of those above him not in action this week will be hoping to move up the rankings. He was unblemished for his first 17 holes but a bogey at the last prevented the Yorkshire man from claiming the outright lead.

Paul Kinnear (Formby Golf Club) is set on making up for lost time after missing out on a full card at Qualifying School earlier in the year. His 66 of six birdies and 12 pars has put him in a great position to gain more starts during the rest of the season.

The Dawson & Sanderson Classic continues with round two on Thursday. A cut to the leading 50 players and ties will be made after 36 holes have been complete. The third and final round takes place on Friday.

Spectator entry is free of charge and live scoring can be found at www.europrotour.com. Highlights from Longhirst Hall will air on Sky Sports on Tuesday, July 18.