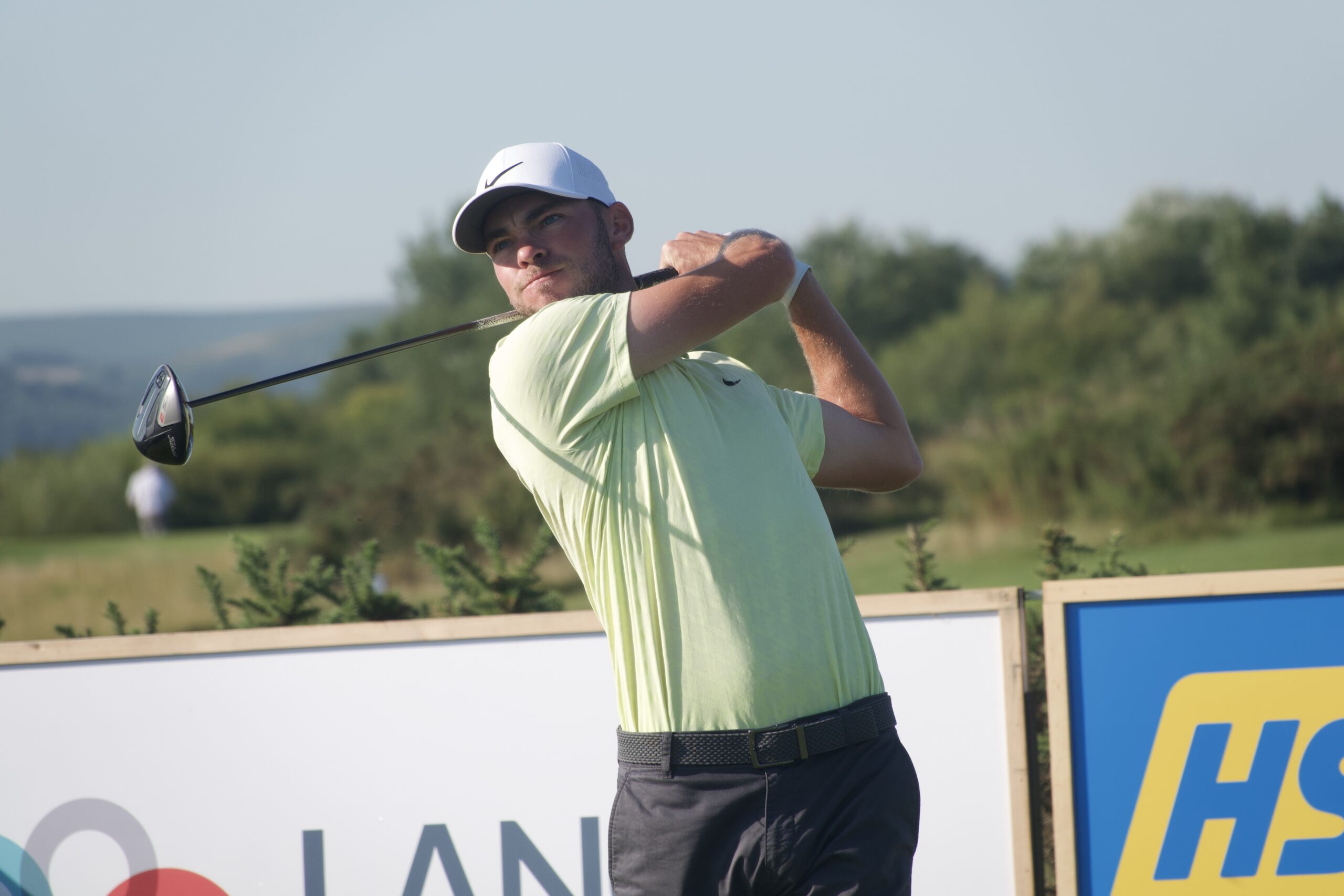 Jack Davidson produced a remarkable round of golf that consisted of eight birdies and no bogeys to post the overnight lead after round one.

Jack Davidson was absent from the PGA EuroPro Tour last week as he was competing on the DP World Tour at Celtic Manor Resort.

He has evidently enjoyed his two-week swing on home soil, as Davidson experienced a magical morning to set the early pace.

Davidson is closely followed by David Hague however, who shot a round of 65 (-7) to trail the leader by a sole stroke.

He too enjoyed a blemish-free round, although failing to take advantage of the par-5 3rd was the difference between the two.

Sam Broadhurst – who started late into the day – has matched Hague’s score of 65 following a birdie on his final hole of the day.

The Englishman rapidly found himself +1 after a bogey on the 2nd, but he reeled off eight birdies to recover powerfully.

Although the top three are sitting pretty, there’s a cluster of players nipping at their heels, readying themselves for a charge on Thursday.

Nick Marsh carded a round of 66 (-6) to give himself a platform for further glory. David Hague only dropped one shot all day

Jake Hapgood – another Welshman – Paul Maddy, James Robinson and Joe Brooks all posted 67 (-5) to kick off their tournaments.

James Allan sits at the throne in the seasonal leaderboard, and he has virtually secured his place on next year’s Challenge Tour.

Two victories from just 10 events have demonstrated just how impressive he is, but he has endured a wobbly finish today.

Sitting at -4 for the tournament after 14 holes, a double at the 15th dampened the party, with another dropped shot at the 17th taking him backwards dramatically – although he did birdie his final hole of the day.

Dermot McElroy and Pavan Sagoo are absent from this week’s tournament, and there’s every chance they could be surpassed by this week’s victor.

Brandon Robinson-Thompson will be pleased with his round of 69 (-3), but he will know it could have been much better.

Although Machynys Peninsula Golf Club is a notoriously difficult course when the wind is up, still conditions has resulted in good scoring today.

However, Robinson-Thompson will be fully aware that a positive round tomorrow – which he is more than capable of – will place him favourably heading into Friday’s finale.

Ryan Brooks, on the other hand, experienced an uncharacteristic morning to post a score of 75 (+3).

Unless he can produce fireworks tomorrow, there’s a strong chance that he will be missing the cut – which will be the second of his season following a missed cut at the opening event.

Nicholas Poppleton is arguably in the form of his life, and he’s elongated that bright spell by posting 68 (-4) today.

Poppleton has been exceptionally good over the last few events, and it’s clear he means business as we enter the final third of the campaign.

Due to the unfathomably low scoring from the opening round, the cut line currently hovers at -1, with 63 players better than par today.

If the scoring rate of today is emulated during the middle round, we could see a cut as low as -3!