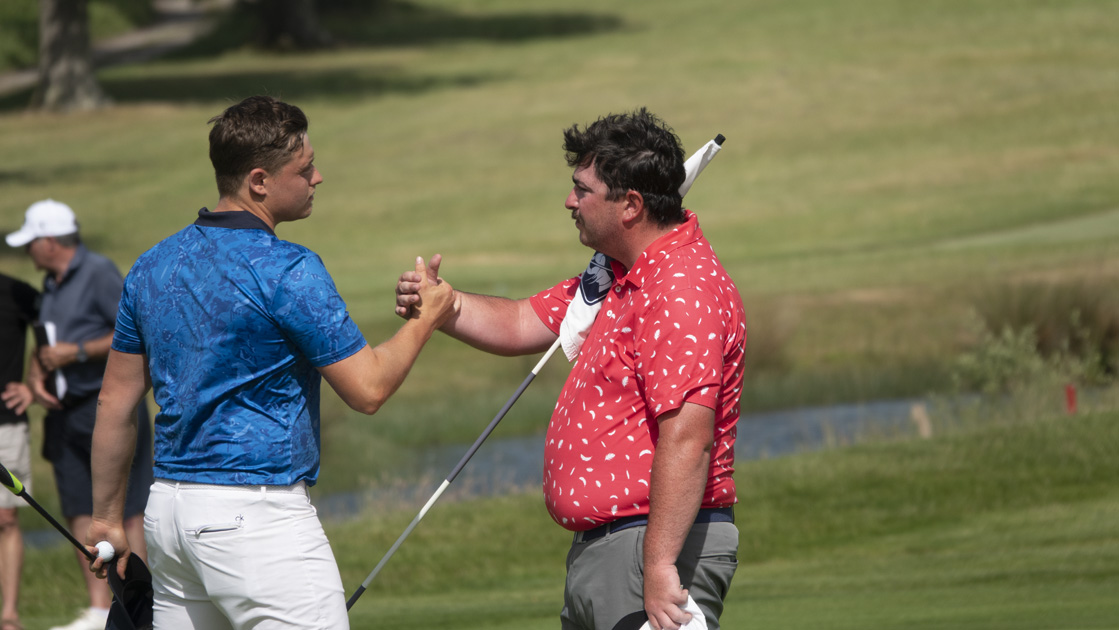 Jake Ayres secured the first PGA EuroPro Tour title of his career thanks to a fabulous final round, carding 66 to sneak across the line at the expense of the overnight favourites.

Considering the IFX Payments Championship was the fourth event of the new season, we are well underway now.

Here’s five things that were unearthed in the wake of the most recent tournament.

If you win just 5% of events as a professional golfer, you are deemed to have a Hall of Fame-worthy career.

Unlike other sports, where winning is the expectation, golfers must become accustomed to disappointment – and rapidly.

Ayres’ inaugural victory will give him the belief that not only does he belong amongst this group of insanely talented golfers, but that he can compete with them too.

Sometimes, one win can spark an outrageously impressive spell; Jake Ayres will be confident that this is the start of something very promising.

There’s being good at golf, and then there’s shooting five-under to miss the cut on the PGA EuroPro Tour.

The margins at this developmental level of professional golf are as minor as they have ever been.

If you’re David Rudd for example, then the consequence of four bogeys through 36 holes is an early car ride home to Scotland and nothing to show for your efforts.

We’re sure you’re fundamentally aware of the quality that is associated with this golf tour, but a cut line of six-under should further help your understanding.

Sure, Studley Wood was gettable from the outset – and it produced the lowest scores of the season to date – but to go 17 under par for three rounds of golf is exceptionally special.

The next birdie-fest should interest the entirety of the field because a large majority of them have the capabilities to go unfathomably low.

We may only be four events deep into the 2022 schedule, but James Allan has already staked his claim as an early favourite for Challenge Tour status.

Of course, it helps winning your first event – and we must not forget that winning takes care of everything in golf – but he has also followed that up with some fantastic results.

When you are a member of the final group, it would be quite frustrating to finish the tournament at T13 – which is where Allan placed. James Allan celebrating an eagle on the 18th

That was probably one of the flattest rounds of his season so far, and yet, amongst a cloud of annoyance, he finished with an excellent eagle to ensure he remained at the top of the Order of Merit.

Finishes of 1st – T13 – T7 – T13 allows for remarkable reading. It would be easy for Allan to rest on his laurels following victory at the opening event, but he’s done the complete opposite.

He, alongside our next subject, has surely been the most in-form player of the new campaign – but he should expect plenty of competition from this member of the tour.

Nick Marsh in contention on a Friday afternoon is as certain as the sun rising and setting – he has been so strong this season.

Not only has he been impressive on this tour, but he’s also shining on the 2020protour too, which should speak volumes about where his golf game is currently at.

Marsh finished 53rd in the Order of Merit last year, but we are seeing a more determined figure so far this term.

He opened his season with a T15 finish at Harleyford before finishing runner-up in the Pro-Am at Telford and T2 during the competition.

The 27-year-old then concluded his trip to Donnington Grove with a result of T7, before again finishing in the top 10 at Studley.

Of the four events he has featured in, Marsh has finished within the confines of the top 10 on three occasions – with his worst result being T15 this year.

If he can somehow manage to triumph just once this season, he is surely nailed on for a fantastic finish – does the Challenge Tour patiently await?

When Jake Ayres started his final round on Friday, he would have been aware how stacked the leaderboard was.

He revealed how surprised he was deep into the final round, where no-one seemed to take the opportunity to separate themselves from the pack.

His impressive final stretch of birdie-birdie-birdie was enough to record a one-stroke victory and kickstart his season. Jake Ayres being applauded as champion

The winning margins of each tournament allow for fascinating reading; we are yet to experience a runaway champion to date.

Nick Cunningham triumphed in The World Snooker & Jessie May Championship by one-stroke; Ayres snuck victory by a single-stroke at the IFX Payments Championship.

The largest winning margin is two strokes so far, meaning that a slight lapse in concentration is virtually the difference between winning and losing.

When someone asks you just how competitive third-level developmental golf is, kindly direct them to this article(!)

The IFX Payments Championship was a highly successful week, with Studley Wood continuing to act as perfect hosts and Ayres earning his very first tour title.

We get to do it all over again this week with a trip to Cumberwell Park – we shall see you then.