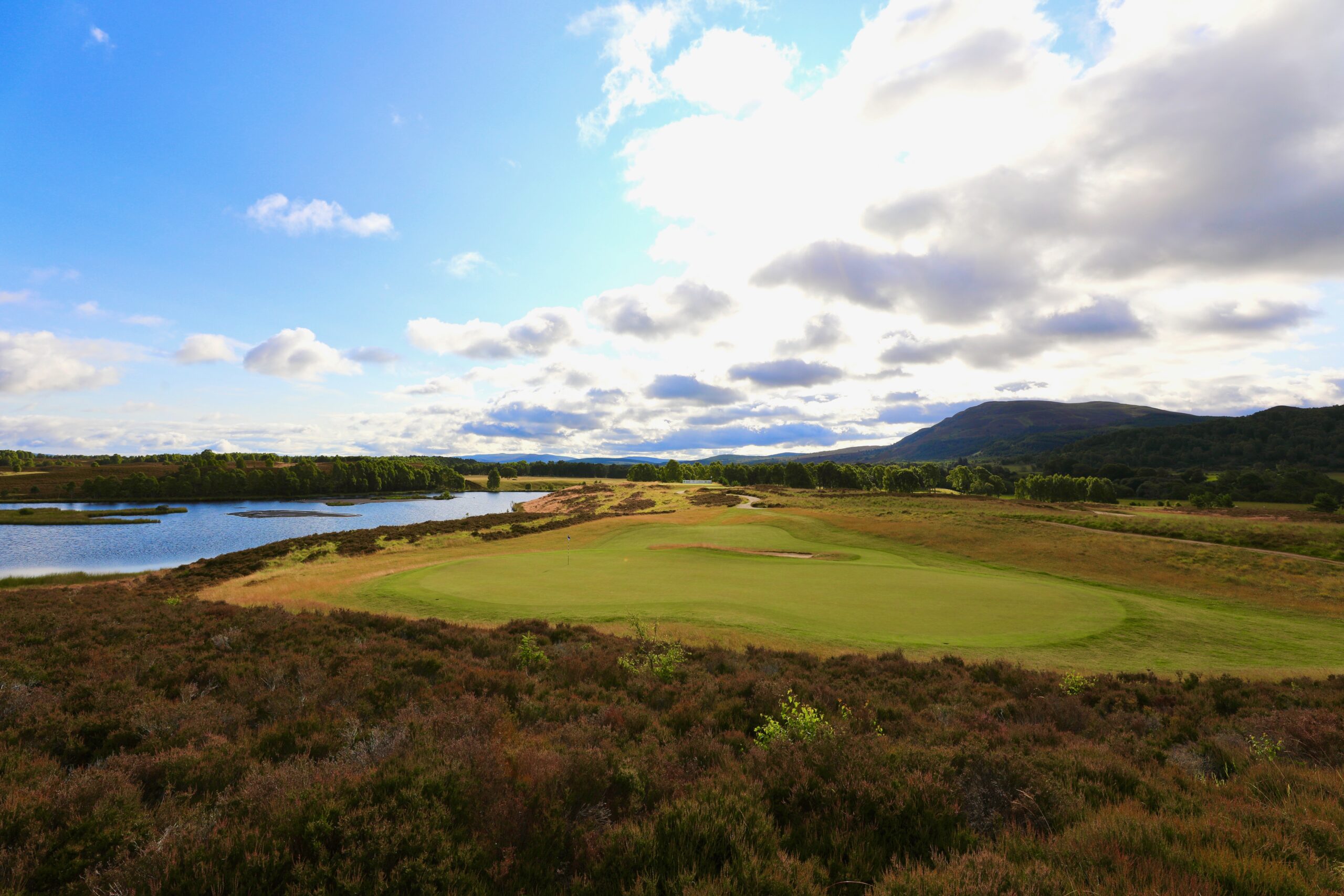 The latest PGA EuroPro Tour championship was marred by the unpredictable Scottish climate, which was responsible for the event being cut to 36 holes.

Despite reducing the tournament by a third, our batch of supremely talented golfers produced one almighty show.

Stuart Grehan’s remarkable recent form was finally rewarded with a maiden EuroPro title – and the Irishman has catapulted to 9th in the Order of Merit.

However, there were plenty more developments throughout the week; we’re going to highlight five of the most pressing topics from the awe-inspiring Spey Valley.

When Stuart Grehan headed to his pre-round interview on the final day at Clandeboye Golf Club, he spoke extensively about how good his game felt.

Coming through the American collegiate system, this golfer was always destined for a career within the professional ranks.

His greatest seasonal finish before August was at The Vale Golf & Country Club, finishing T5 in the tournament that Brandon Robinson-Thompson won.

However, his last three results read T12 – T5 – victory, which demonstrates progression in each passing event.

It’s safe to say that Grehan had been building up to his maiden capture – and there appears to be plenty more in the tank as the season slowly unwinds!

There are two individuals in that list who haven’t won this season, with Scotsman Stewart being one of them.

To say that Stewart has endured a fine season would be an overwhelming understatement – he’s simply been incredible throughout the entirety of the campaign. Let’s put into perspective just how good he has truly been: away from a missed cut at The Ignis Management Championship (his first event of the season), Stewart’s worst finish of the campaign is T17.

He’s currently 4th in the Order of Merit and if he can earn victory in one of the three final events, he will undoubtedly secure a Challenge Tour card – there’s arguably no-one more deserving too!

Paul Maddy is a seasoned veteran, making his first appearance on the PGA EuroPro Tour back in 2009 – where he won the Motocaddy Masters!

He has featured on the DP World Tour and played a full season on the Challenge Tour during the 2019 campaign.

Whilst he is yet to win on the EuroPro since his victory in 2012, the Englishman has strung together a collection of performances that would indicate another triumph isn’t too far away.

Of the entire roster associated with this tour, Maddy can boast the best recent form, finishing T3 – T6 – runner-up – T4 in the last four events.

A spirited Sam Broadhurst denied Maddy victory in Ireland, whilst a sole stroke separated him from the three who battled through a playoff for the Spey Valley Championship.

His fantastic form has elevated him to 6th in the Order of Merit; will his experience usher him over the line to secure his Challenge Tour card for 2023?

Whilst Dermot McElroy fell short in his quest for a second seasonal title at Spey Valley to friend Stuart Grehan, the Northern Irishman’s result of T2 could be all he needed to progress.

McElroy is currently positioned 2nd in the Order of Merit with a total of £28,316.67 – which would have been enough to graduate based on last season’s results. Considering he has only played in 8 of a possible 13 events, it is truly remarkable what he has managed to accomplish this season.

With double the prize money available at the Tour Championship, to be held by the pristine Lough Erne, a good finish on home soil will further bolster what we already know – Dermot McElroy has the capabilities to head straight to the top!

Spey Valley Golf Club: An Environment Like no Other

As a tour, we have been fortunate enough to visit several impressive locations this year, but Spey Valley’s challenge and unadulterated beauty combine to make an especially distinct tournament.

It joins a small cluster of venues that have produced a layout to exceed the 7,000-yard marking, and its otherworldly views further amplify its appeal.

The PGA EuroPro Tour would like to say thank you to everyone involved at the club and another slice of gratitude goes out to David MacMullen, who worked relentlessly to ensure the week went as smoothly as possible.

What an enviable asset you possess!

There are only two events remaining during the regular season for the 2022 campaign, with The Eagle Orchid Scottish Masters and the Wright-Morgan Championship taking place this week and the following respectively.

It’s important to highlight how the Tour Championship is structured, with the top 60 from the Order of Merit progressing to the season finale.

Their reward for consistency is three rounds on The Faldo Championship Course, which is undoubtedly considered as one of the six-time major champion’s grandest designs.