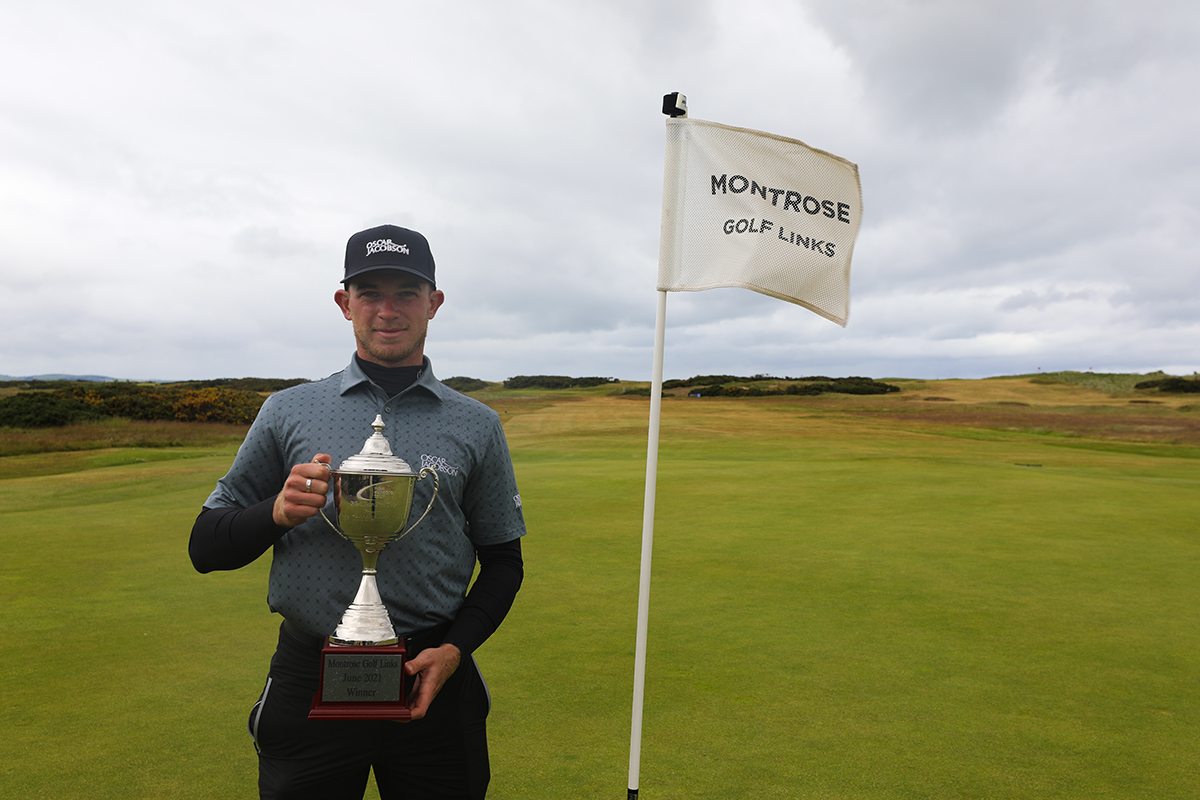 Will Enefer has won The Eagle Orchid Scottish Masters at Montrose Golf Links by three shots after going into the day two shots off the lead in Scotland.

Enefer was bogey-free on his final round with a closing day five under for 66 holding some wonderful putts along the way including on the ninth which proved to be the decisive moment in the end. The 23-year old learned from past experiences on final days where he’s been in contention as he carried himself around cooly as others around him crumbled early on.

Enefer said: “It’s absolutely massive. The bogey-free was definitely more on my mind than the score, I thought if I didn’t go backwards then players had to come and get me so that was definitely the game plan today.”

“I felt it (relief of victory and what it can mean) as soon as I putted on 18, I thought this is just the start now, I’ve got that off my back wherever I play golf now around the world I think I can compete.”

Overnight leader Sam Broadhurst saw his lead disappear instantly off the tee after hitting his opening tee shot out of bounds taking a double bogey so suddenly be right amongst his competitors than out on his own. Broadhurst never fully recovered bogeying the third after being way short of the green on the par three. A tied 14th finish was the end result of a tricky day for him.

With Broadhurst’s demise came opportunities for others with Sean Lawrie pushing Enefer all the way. Lawrie of Paul Lawrie Golf Centre was leading as he took his tee shot on 18 before eventually making bogey to be one shot off Enefer with the eventual winner still with four holes to play. The Scotsman can be happy with his efforts though, signing for a final day 66 (-5) to take a share of second.

Joe Dean took fourth on his own for his best finish on the Tour so far this season. The Worksop Golfer putting together cards of 67, 64, and 69. Whilst Clevedon Golf Club’s Ashley Mansell had a far less eventful day than his previous two for a level par final round which gave him fifth overall.

One of the better final days came from Ryan Harmer (Brokenhurst Manor Golf Club) with a third round 65 (-6) which did at one point moving him top of the leaderboard. Harmer taking a share of the spoils at tied sixth with John Parry, James Allan, Bradley Bawden, and Nick Watson.