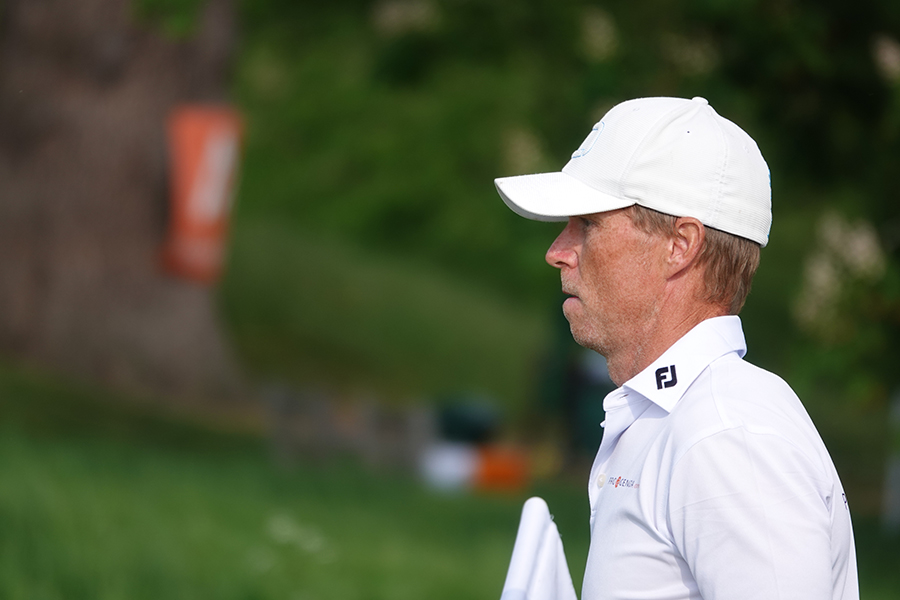 Guy Woodman on top after second round

Guy Woodman will go into the final round of The IFX Payments Championship as the leader at Brocket Hall tomorrow (Friday, 24, May 2019) sitting on eleven under par, one shot clear of his nearest rival.

Woodman of ProAgenda.com holds a one-shot lead over former British amateur champion, Todd Clements. Clements posted -5 for the second day running to put himself in the mix on his debut tour event.

John Gough from Golfing4Life is the only amateur in the field going into the final day on nine under with Niall Kearney, The Royal Dublin Golf Club golfer, who was one shot ahead midway through the afternoon.

Richard Mansell, Beau Desert Golf Club and Ashton Turner of Kenwick Park Golf Club, went eight under to put themselves in contention on the first event of the PGA EuroPro Tour season.

The cut was made at Par on a course that’s played well for long drivers, x will battle it out on the Palmerston course for their the final round tomorrow.

It was a good day for Northern Irishman, John-Ross Galbraith from Whitehead Golf Club who picked up from his round of 70 yesterday to 69 today going -7 overall after his two rounds. Likewise, for Stiggy Hodgson, Modenco, going four under for the day, -6 total.

Max and Thomas Jordan became the first twin brothers to compete on the PGA EuroPro Tour went +1 and +8 respectively.

The cut has been made at Par with 50 plus ties going into the final round.