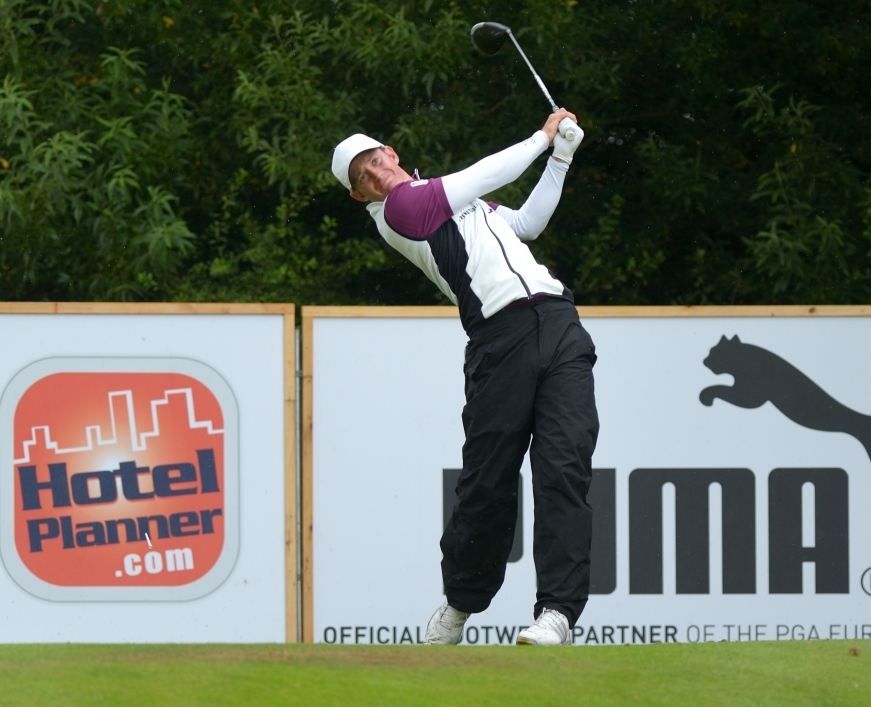 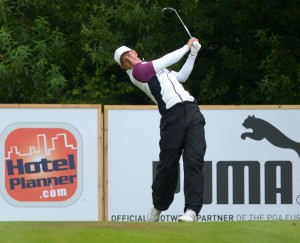 Wright (Golf at Goodwood) carded a three-under-par 68 for his second round on the Shore and Himalayas course to progress his tournament score to ten under par. Kris Nicol (Paul Lawrie Golf Centre) and Graeme Clark (Doncaster Golf Club), a record five-time EuroPro winner, are second on nine under.

Victory for Wright, who won at Burhill earlier in the season, would assure him of a place in the top five on the Race To Desert Springs, which brings with it a category on the 2016 Challenge Tour.

With one win and six other top tens to his name this season the 26-year-old is targeting the HotelPlanner.com PGA EuroPro Tour Order of Merit title which has previously been won by the likes of Scott Jamieson and Daniel Gaunt.

“My main goal, like many others, is to win the Race To Desert Springs,” said Wright. “I have put myself in a good position to do that. Hopefully I can have one more good round this week and then see where I am going into Tour Championship.

“I really enjoy links golf and I did well at Prince’s last year. One of the nines has changed so it is a slightly different course but it is the same feel.

“I have been playing well all year and staying patient through the year. I will go out there and keep doing what I have been doing. I can only do my best and see what happens at the end of the season.”

Wright started his second round on the 10th tee and was soon ten under after a run of three consecutive birdies from the 12th. Turning home he bogeyed the 1st but immediately restored his leading score to with a birdie at 2. Another bogey-birdie combination came at the 6th and 7th and Wright signed for a three-under 68.

Nicol and Clark have both carded rounds of 66 and 67 to get to nine under. Chris Halley (67, 67; Malton & Norton Golf Club) and Haydn McCullen (68, 66; Delamere Forest) are two back in fourth and give golfers share sixth on seven under.

The HotelPlanner.com Championship is a 54-hole strokeplay event. A cut to the leading 50 players and ties has now been made with all those whose 36-hole score is three under par or better progressing to play the final round. The event takes place at Prince’s Golf Club from Wednesday, September 2 to Friday, September 4.

Spectator entry is free throughout the event and live scoring can be found at www.europrotour.com. The final round will be filmed for a two-hour highlights package to be broadcast on Sky Sports on Tuesday, September 15.

Wright Seven Under At Prince’s