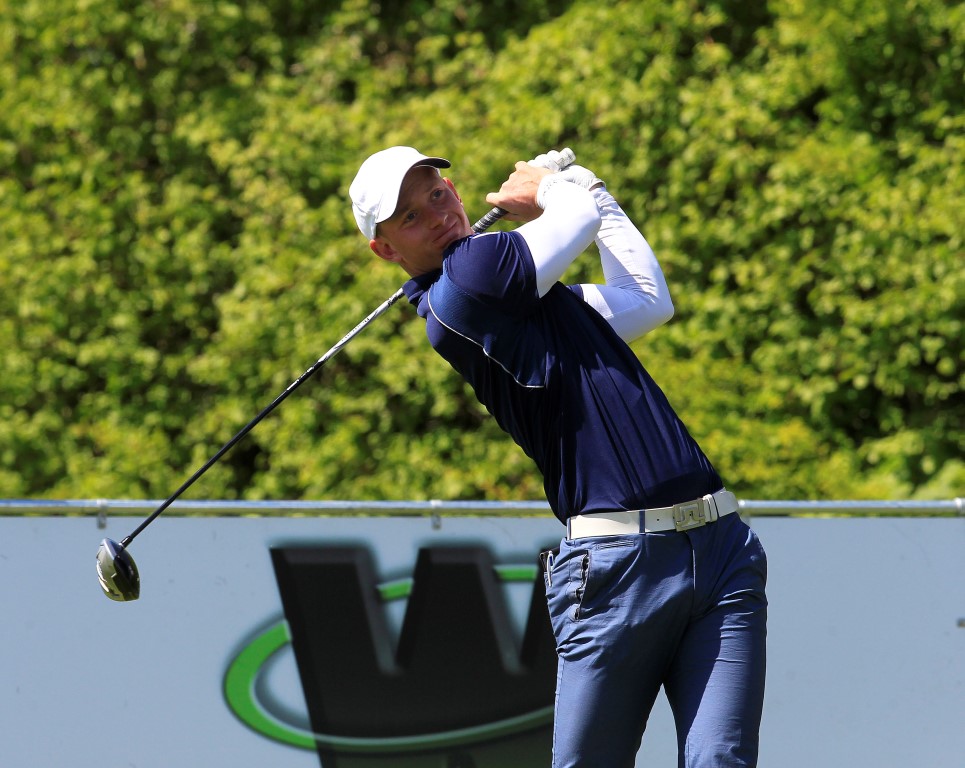 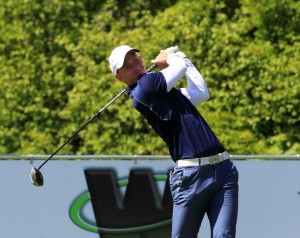 Darren Wright will take a two-stroke advantage into Saturday’s final round of the Kerry London Championship after carding a second-round 67 at Burhill Golf Club to take his tournament total to nine-under.

Wright (Golf at Goodwood) is trailed by 2012 Amateur Champion Alan Dunbar (Team Ireland), who has carded rounds of 68 and 69 on the par-72 New Course at Burhill to take second on seven-under-par ahead of Jack Colegate (Deangate Ridge Golf Club) who is third on six-under.

Heavy rain and a thunderstorm meant play was delayed by one hour on Friday afternoon but that didn’t stop Wright from signing for the tournament’s second-best round so far, a five-under 67.

The suspension in play came in the closing stages of Wright’s round but he still came home unblemished in 33 with birdies at 11, 15 and 16.

On the front nine the 18-hole co-leader had dropped shots at three and six, both par fours, but consecutive birdies at four and five and further shots gained at seven and nine helped him to his round total of five-under-par.

It gives the 26-year-old a two-stroke advantage over Dunbar ahead of Friday’s final 18, after which the winner will take home the £10,000 winner’s cheque.

Dunbar has made a confident start to his debut season on the HotelPlanner.com PGA EuroPro Tour, finishing tied second in the summer’s first event at Celtic Manor a fortnight ago.

He shared the lead with Wright, Colegate and Neil Raymond – now tied fifth on three-under – after 18 holes and was in the penultimate group to tee off the tenth tee on Friday.

The 25-year-old made three birdies on his front nine at the 11th, 13th and par-three 18th. Coming in he bogeyed the second but made birdie at six to return to three-under for the round and seven-under for the tournament.

Colegate was also off the tenth tee on day two and signed for a two-under-par 70 after a mixed bag of three bogeys, three birdies and an eagle at the fifth in his second round.

Craig Farrelly (TPS) is fourth on four-under after carding a 68 for his second round. Among the five golfers at three under is Aaron Rai (DCD Group), who has scored the tournament’s best 18 so far with a second-round 66 to move from three over to a share of fifth with one round to play.

A cut to the leading 50 players and ties has now been made with the 54 players whose tournament score is three over par or better proceeding to play the final round on Saturday.

Spectator entry is free throughout the week and highlights will be broadcast on Sky Sports on Tuesday, June 9. Live scoring can be found here.