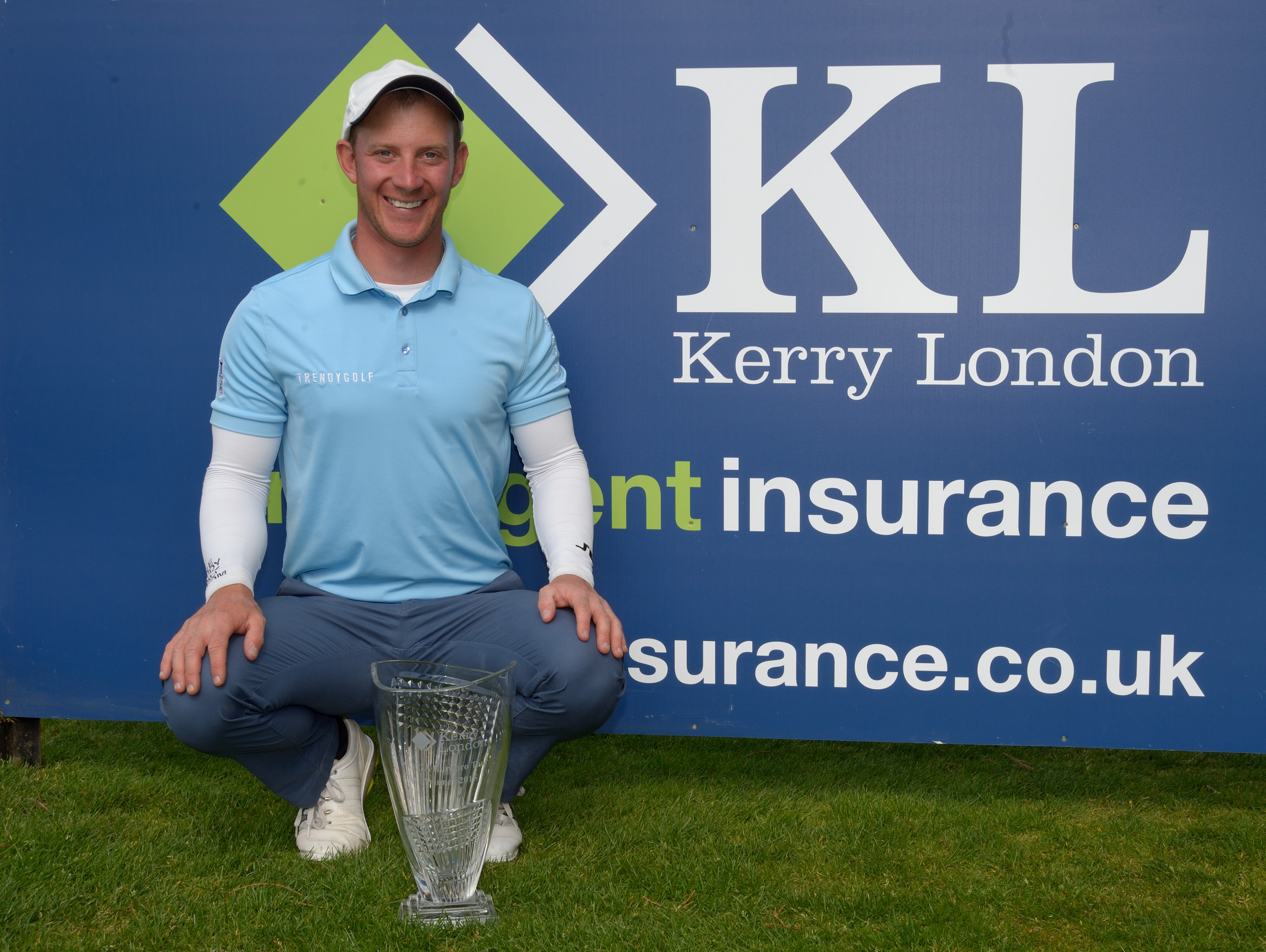 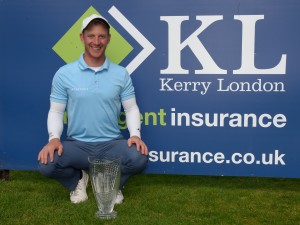 Wright lead by two overnight and was five clear early in the final round as playing partner Dunbar (Team Ireland) faltered and Wright birdied four and five on Burhill’s New Course.

That early advantage soon evaporated though as Wright (Golf at Goodwood) dropped shots at six, eight and 13 while Craig Farrelly (TPS) moved to five under the card with an eagle at the 11th to join Dunbar, who had birdied nine and ten and 13, at the top of the leaderboard.

Farrelly slipped two back after bogeys at 15 and 16 and finished the tournament in third, seven-under-par with a final-round 69 on the par-72 course.

Wright rejoined Dunbar at nine under with a birdie at 16 and the Irishman dropped out of a share of the lead when he bogeyed the 17th.

Both parred the last leaving Wright to collect the trophy, a cheque for £10,000 plus a brand new Motocaddy trolley with lithium battery, Bushnell Tour X range finder, Bolle sunglasses and £500 to spend at HotelPlanner.com

“I was pretty confident at the start of the day,” said Wright. “I have been playing really good golf and making a lot of birdies, the odd eagle, and have been putting really well this week. On these greens, they are such a pure surface, if you get it starting on line you have a good chance to hole some putts.

“Today the putts weren’t really dropping but I holed some important ones at the end. You see a lot of guys who get that one win and then they are off; you have seen it with Gary King over the last two weeks. Hopefully I can follow this up with some more decent results.

“Once you get over the line and win your first big event it hopefully makes it a bit easier.”

Highlights of the Kerry London Championship will be broadcast on Sky Sports on Tuesday, June 9. The next HotelPlanner.com PGA EuroPro Tour event is the Dawson & Sanderson Foreign Exchange Classic at Longhirst Hall Golf Club, commencing this Thursday, June 4.