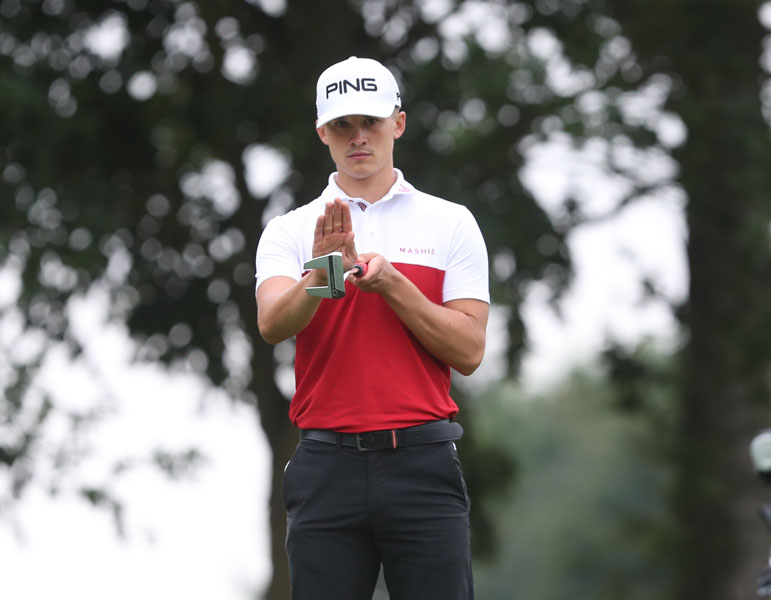 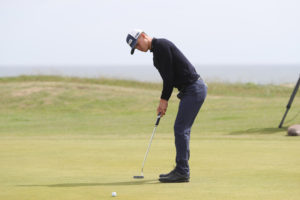 Jordan Wrisdale carded a superb second round of 66 (-7) to hold a one-shot lead heading into the final round of the HotelPlanner.com PGA EuroPro Tour’s Pentahotels Championship at Caversham Heath Golf Club, Oxfordshire.

Wrisdale (Boston) started off at an electric pace, going out in 30 (-6) collecting an eagle and four birdies before coming back in 36 (-1) as he goes in search of his maiden EuroPro Tour win.

The Lincolnshire lad is no stranger to this position, when he led with 18 left at Wychwood Park Golf Club last season. Reflecting on that week he said: “I felt I learnt a lot about myself that week, even though I didn’t win it helped me develop. I feel much better about my game than I did this time last season.”

“I played really well today, my ball striking was strong and left myself a lot scoring chances. My game isn’t the best it can be, but this is definitely I’ve played this year.

“The wind picked up today so I had to adjust my approach to the round, but the game plan has been successful this week and I’m going to stick to that on the final round.”

Brendan McCarroll (West Cliffs Golf Links) sits a shot back after a near-flawless second round of 69 (-4), as he looks to avenge the play-off demons haunting him from Clevedon Golf Club.

Yorkshire’s Joe Dean (Hillsborough Golf Club) carded one of the lowest rounds of the day (67) to sit five shots back on seven-under par, and with seven top ten finishes to his name already this season including two second place finishes, will be looking to grab a long overdue victory on the EuroPro Tour.

A cut to the leading 50 proffesionals and ties, with those two-under par or lower advancing to the final round which commences tomorrow (Friday, 27thJuly).