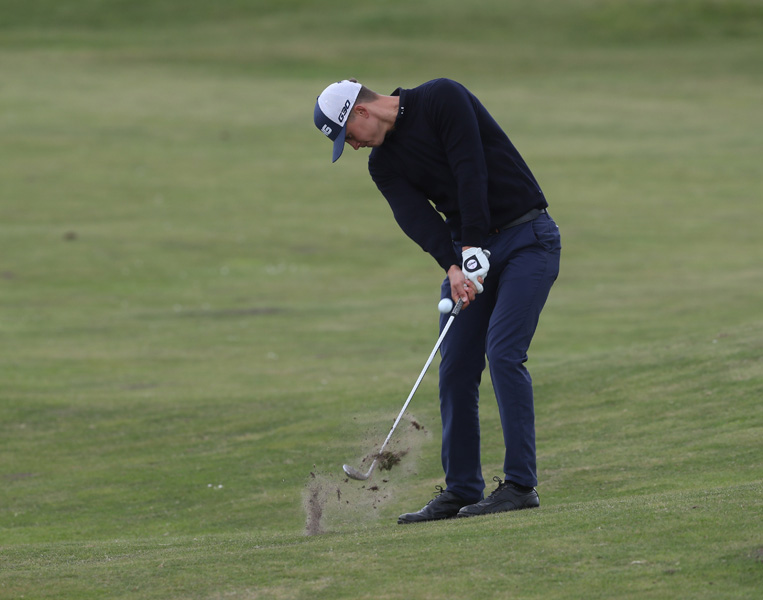 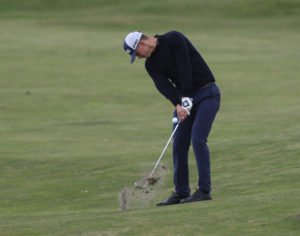 Jordan Wrisdale holds a two-shot lead on nine under par (65, 70) ahead of the final round of the HotelPlanner.com PGA EuroPro Tour’s Motocaddy Masters at Wychwood Park in Cheshire.

Wrisdale (Boston) carded a solid second-round 70, two under par, to maintain the same lead he held at the end of the first round.

He said: “I hit some good shots at the right time today, I wouldn’t say I played fantastic but I managed to get it done and grind a result out.”

Picking up a total of three birdies including one on the difficult par 4 14th hole, and just one bogey, the 21-year old feels confident heading into the final round as leader.

He said: “I’m hoping the experience I’ve had from my three-previous top 10 finishes this season will help me tomorrow. At the start of the week I said -14 or -15 would win the tournament and that’s still well within my reach.”

The second round of play at Wychwood also saw South Africa’s Darryn Lloyd (Ping) hit a hole in one on the 6th hole, and James Wilkinson (Penrith Golf & FootGolf Centre) make the cut with two eagles in his last three holes.

Three-time winner on this year’s tour Chris Lloyd (The Kendleshire) finished level par (70, 70) after hitting the back nine in 40 on his second round.

A cut to the leading 50 professionals and ties has now been made, with those at one over par or better proceeding to play the final round, after which the winner will take home £10,000 from a £50,000 fund as well as a brand new Motocaddy S5 CONNECT electric trolley as a special winning prize.

Spectator entry is free of charge and live scoring is available at www.europrotour.com. Highlights from the Motocaddy Masters at Wychwood Park Golf Club will air on Sky Sports Golf on Tuesday, August 22.