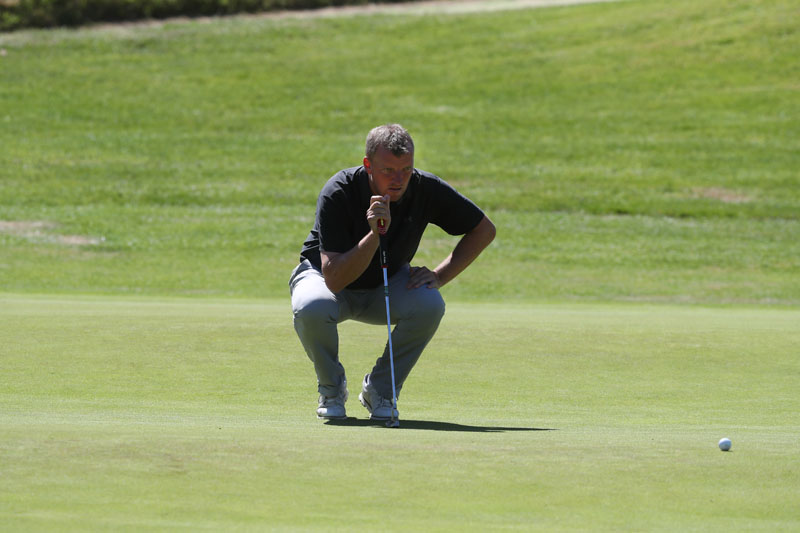 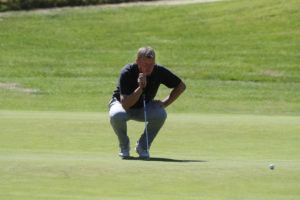 Mark Young carded a second consecutive round of 65 (-6) to hold a one-shot lead heading into the final round of the HotelPlanner.com PGA EuroPro Tour’s Cumberwell Park Championship, Bradford Upon Avon.

Young (Longridge Golf Club) cruised to a comfortable clubhouse lead early in the day, completing his round bogey-free and collecting six birdies along the way.

It’s a track the Lancashire lad has had formidable form on throughout his EuroPro Tour career; in the three years Young has played at Cumberwell Park he has only ever carded a 69 round or lower.

This year has been no exception, just one bogey in 36 holes and a one-shot lead over his nearest rival means the 36-year old has a very real opportunity to win consecutive EuroPro Tour titles, and another step towards to the coveted £250,000 four-win bonus and Challenge Tour spots.

Reflecting on his week he said: “I’m on a bit of a roll at the minute, and long may it continue. The course is holding up well, the fairways are firm and the greens are soft so you’re able to aim at the pins if you hit plenty of fairways.”

Young is no stranger to winning now but admitted being out in front will be a different challenge. He said: “Last week I was a couple of groups back and had nothing to lose and just go for it, but I’m leading now. I’ll probably do the same tomorrow, though and try and take my chances when the pop up.”

He added: “If I won, it would be one foot in the door for the Challenge Tour spots, which was my aim at the start of the season.”

Welshman James Frazer sits just a shot behind after carding a second round of 66 (-5), still in search of his first win on the EuroPro Tour.

Local amateur James Cooper (Cumberwell Park) stole the headlines after carding a solid second round of 67 (-4) to sit two off the lead, a feat that has attracted the 18-year old plaudits from players and spectators alike.

Talking after his round he said: “I feel great, I’ve gone out there and tried to enjoy it. I felt I played well today and hit plenty of fairways which really helped. I try not to get flustered by the situation, there is still a long way to go.”

He added: “It’ll be great fun going out there tomorrow with the cameras watching and trying to get hold of that trophy; it’s 18 holes of golf and that’s all I’m trying to think of it like right now.”

A cut to the leading 50 players and ties has now been made with those two-under par or better advancing to the final round.

Spectator entry is free throughout and live scoring of the final round will be available on europrotour.com. Highlights of the Cumberwell Park Championship will air on Sky Sports Golf on Tuesday, 10thJuly.