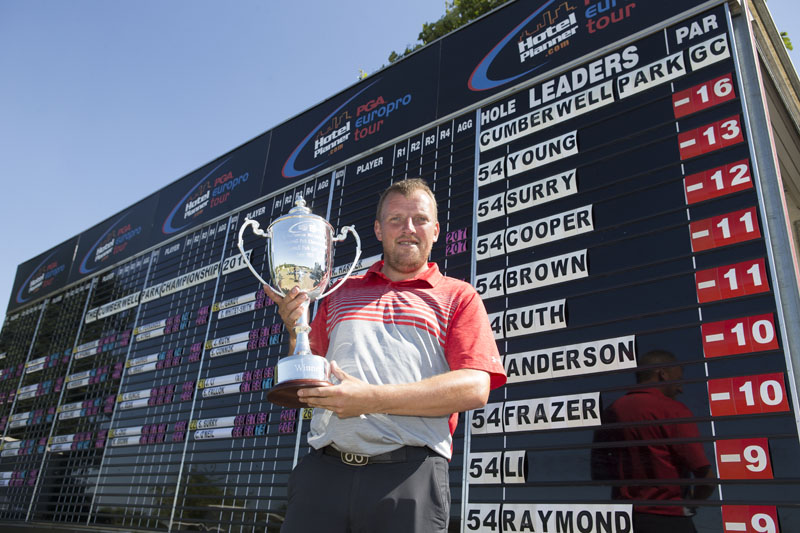 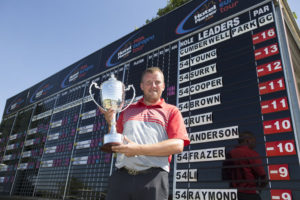 Mark Young carded rounds of 65, 65, and 67 to win the Cumberwell Park Championship, his second win on the HotelPlanner.com PGA EuroPro Tour in two weeks.

Young (Longridge Golf Club) was the overnight leader heading into the final round and battled through a tricky opening nine holes on the final day in Wiltshire.

He faced tough competition from a pack of Cumberwell professionals including Steve Surry and Will Brown, as well as teen amateur James Cooper who finished second, tied fourth, and third respectively.

Reflecting on his win Young said: “I’m over the moon with this win, it has put one foot in the door for the Challenge Tour next season which was the target at the start of this season.”

He added: “I was hitting some pretty good shots on the front nine but wasn’t able to take advantage of those scoring chances; my putter was stone cold. I hung in there as I knew there was going to be some scoring holes on the back nine; I’m delighted with the birdie on 17 which gave me the cushion I needed coming up the final hole.” 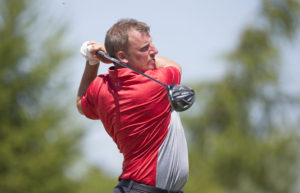 Despite a slow start, the good work made in earlier rounds provided enough buffer for Young who never dropped out of the lead, only sharing it with Will Brown and James Cooper on one occasion.

The win cements Young at the top of the Order of Merit after six events and moves him halfway to the coveted £250,000 four-win bonus on offer this season on the EuroPro Tour.

Highlights of the Cumberwell Park Championship will air on Sky Sports Golf on Tuesday, 10thJuly.