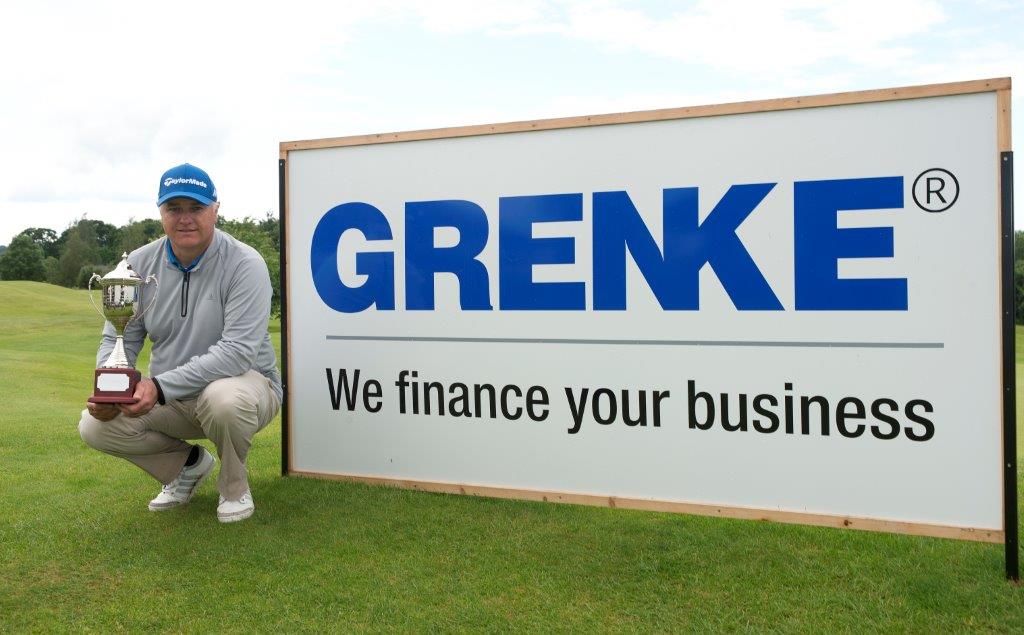 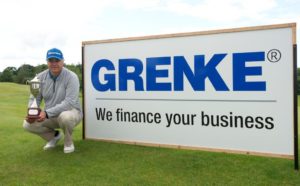 Stephen Dodd won the GRENKE Championship on the first play-off hole to beat Adam Hodkinson to the £10,000 winner’s prize in the HotelPlanner.com PGA EuroPro Tour event at Cumberwell Park in Wiltshire.

Three-time European Tour winner Dodd parred the 18th in the sudden death play-off as Hodkinson (Chorlton-cum-Hardy Golf Club) three putted for bogey. Both had finished the tournament 13 under par.

Dodd birdied the last to force the play off with an almighty 35-foot putt, two holes after he appeared to have ended his chance with a double bogey on the 16th. However, his nearest rival James Maw (Rockliffe Hall) made six on the par-four 17th moments later, bringing Dodd back into contention and raising the hopes of clubhouse leader Hodkinson.

That left Maw needing an unlikely eagle on the last to reach Hodkinson’s -13, but he made par and finished the tournament tied fourth with Curtis Griffiths on -11.

Dodd’s playing partner Nicholas Garland (Burghley Park Golf Club) finished one shot back in third having been unable to replicate the veteran’s birdie at the last to join the play-off.

Hodkinson himself had seemed unlikely to feature at the top of the leaderboard when two front-nine bogeys had seen his tournament score drift to six under. However, he came home in 29 shots with seven birdies to set the clubhouse pace, only to see Dodd make an unlikely putt to force the play-off he then won.

“I wasn’t really sure what to expect this week because I haven’t really played a lot. I started well, made some good shots and got some putts in. I struggled a little bit towards the end but then had a good finish.

“I wasn’t looking at the scoreboards so I just carried on playing. The putt on 18 had a bit of luck involved but I was trying to get it in.

“In the play-off, he had a quick putt downhill so it was easy to knock it five or six foot passed and that is what happened, and fortunately for me he missed the return.

“I am looking forward to the new challenge of playing the Seniors Tour and this will give me some good confidence going forward.”

Highlights of the GRENKE Championship will air on Sky Sports 4 at 8pm on Tuesday, July 5. The HotelPlanner.com PGA EuroPro Tour continues next week with the Dawson and Sanderson Classic and Longhirst Hall Golf Club in Northumberland.

Garland One Clear Of Cumberwell Crowd