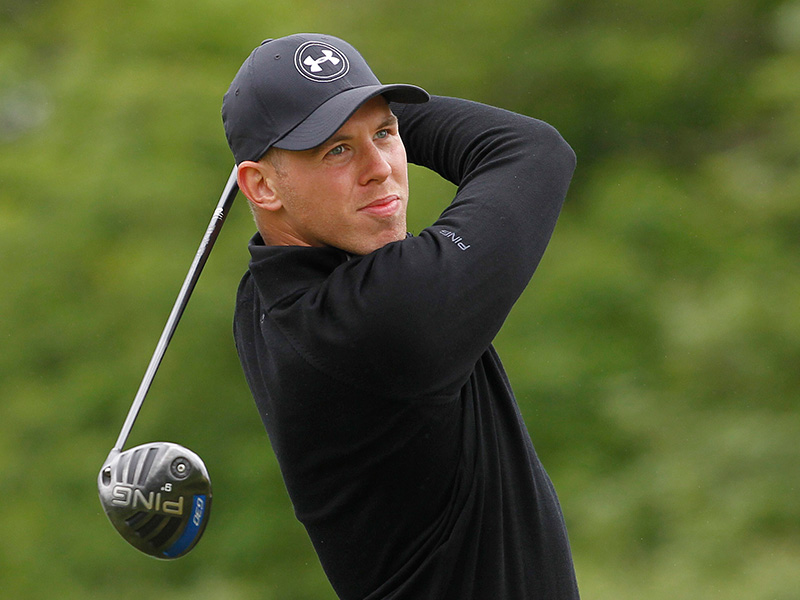 Garland One Clear Of Cumberwell Crowd 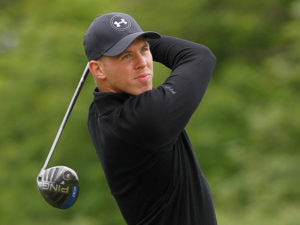 Nicholas Garland will take a one-shot lead over a close field into the final round of the GRENKE Championship after another good day of scoring at Cumberwell Park Golf Club in Wiltshire.

The Burghley Park Golf Club representative carded a second-round 65, six under par on the Red/Yellow course, to move to -11 after 36 holes.

Three-time European Tour winner Stephen Dodd is second on ten under after two rounds of 66, with seven golfers tied third on nine under, two off the lead.

With a further five players three back on eight under the HotelPlanner.com PGA EuroPro Tour event is set for a thrilling climax on Friday.

“My putting has been great,” said leader Garland. “There are plenty of chances out there and it is quite wet so you can shoot at the pins.

“I played here last year and it was totally different; very firm and bouncy but I do like the course here, it is good.

“Tomorrow will be the same approach regardless that I am leading – hit the fairways and take it from there.”

Garland made seven birdies and one bogey for his second round. Starting on the 10th tee he broke par at 11, 13 and 14 before dropping a shot at 15. However, birdies at 17 and 18 saw him to nine under for the tournament, and coming home he made further birdies at 2 and 8 for the 36-hole lead.

Welshman Dodd would have had a share of the lead but for a first dropped shot of the tournament at the 14th. Runs of three consecutive birdies from both the 4th and the 10th saw him to a second-round 66.

Among the seven golfers tied third is home favourite Steve Surry, who finished second here last year. He started the day at seven under but had a mixed second round, carding a two-under-par 69 consisting of six birdies, two bogeys and a double at the 17th.

A cut to the leading 50 professionals and ties has now been made with all those three under par or better proceeding to play Friday’s final 18.

Any earnings will make a valuable contribution to the Race To Desert Springs Order of Merit, from which the top five at the end of the season earn a Challenge Tour card for 2017.

Spectator entry is free throughout the event and highlights will be broadcast on Sky Sports on Tuesday, July 5. Live scoring is available at www.europrotour.com.

WIN £500 To Spend At HotelPlanner.com