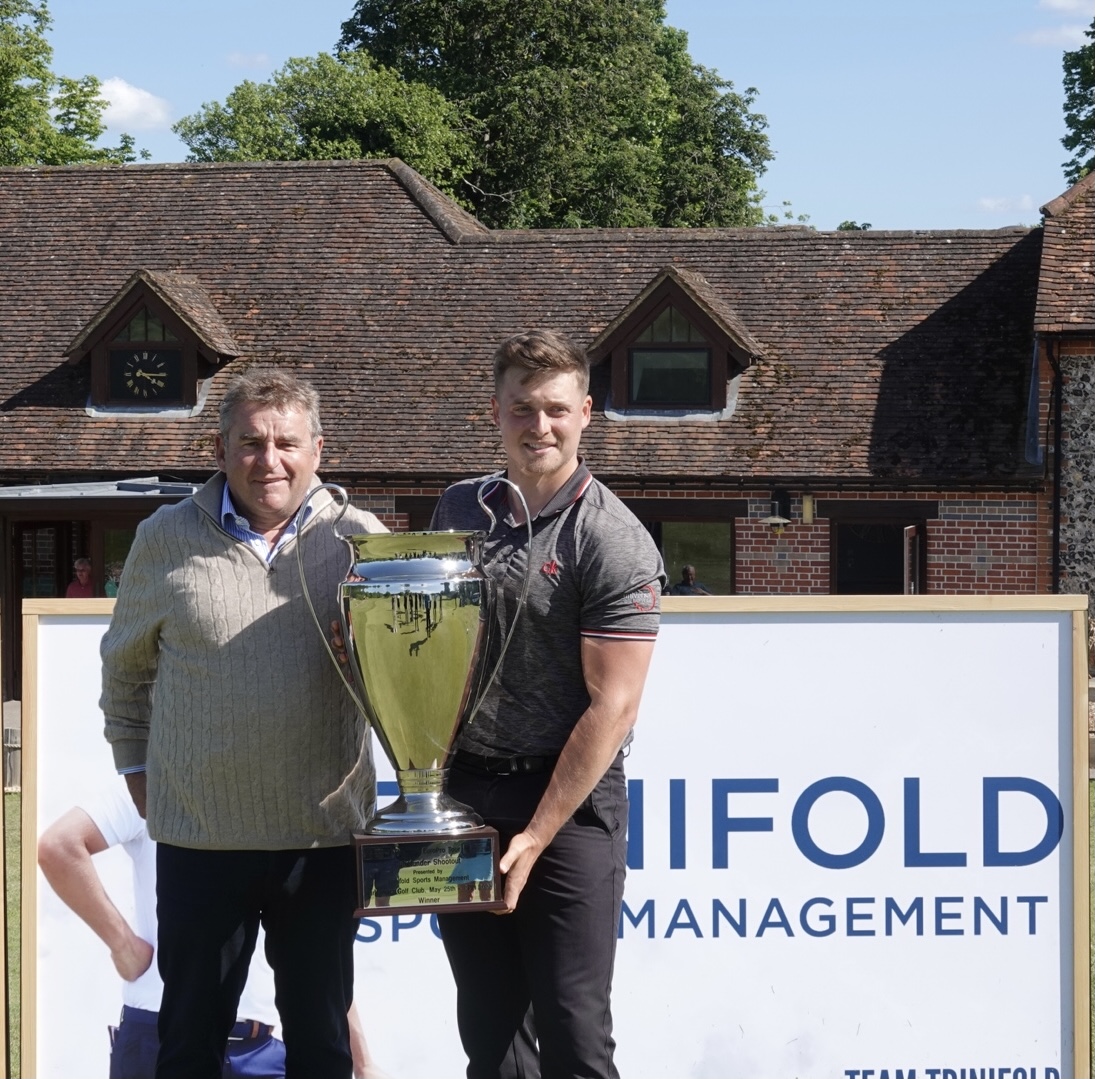 The Cubefunder Shootout commenced on Wednesday morning at 06:30, with 156 hopefuls looking to secure early glory and ignite their season with an emphatic bang.

For many, this was their first experience of the PGA EuroPro Tour and they quickly understood the level of quality needed to not only compete with the very best, but to progress past the cut and earn another 18 holes.

50 professionals and one amateur survived the chop, with the cutline being an intimidating one-under par.

For the opening two rounds, the elements played havoc; rainfall dominated the opening day before strong winds took over for the following round.

James Allan led the field heading into Friday’s finale, but with five players within four strokes of the lead, the competition had truly started after Thursday’s middle round.

The golfer, who represents Chelmsford Golf Club, was part of the afternoon group on Thursday and to say conditions had worsened would be a total understatement. James Allan was strong off the tee throughout the final round

“The round I played yesterday is probably one of the greatest I’ve ever played – considering the conditions,” a gleeful Allan discloses with his hands tightly gripped around the enormous trophy.

It really was. Allan shot an incredible 64 as the remainder of the field faltered around him.

Many golfers involved this week commented on the difficulty of the weather and they could forget about scoring opportunities if they found the thick and unpredictable rough.

He may not have shot the lowest round of the day – that belonged to Ash Mansell after a stupendous 62 that saw him one-stroke away from tying the course record – but it was enough to pip Will Enefer as overnight leader.

Enefer himself shot a pair of 66s to ensure his presence in the final group, but he didn’t quite have it today, unfortunately shooting a modest two-over.

He will be back however, and we must not forget that he is a previous winner on this tour –which helped him finish sixth in the Order of Merit last campaign.

Benjamin Jones, who shared the final grouping with Allan and Enefer, refused to budge; he was unwilling to give Allan any room for comfort.

An eagle on the par-5 17th set-up a grandstand finish, with only two strokes separating the duo, but Jones failed to birdie the last – a notoriously difficult hole throughout the week.

The final trio drew quite the crowd as they headed down the home stretch, but it was a member of the group in front who sprung to the challenge of hacking into Allan’s lead.

At one stage, the 27-year-old held a four-stroke advantage and looked certain for the title – but Matty Lamb hadn’t given up on the chase quite yet.

Lamb had been phenomenal all week and justified his presence in the penultimate group, but an erratic start slammed the brakes on an earlier charge.

He went out in 37 (+1) and he played four consecutive holes at bogey-birdie-bogey-birdie, which only worsened as he dropped another at the par-5 9th – which played at an average of 4.59 this week.

It would have been understandable if the youngster had become frustrated with his inconsistent front nine and felt overwhelmed by the healthy lead that Allan had held.

Matty Lamb isn’t your average professional however, and he demonstrated the reason why he was selected for the Walker Cup after reeling off four consecutive birdies before culminating that unfathomable run with an eagle on the par-5 17th.

When the 24-year-old stood on the 18th tee, with the final group gathered tightly in the 17th fairway, he was just one-shot off the lead, but one final obstacle stood harrowingly in his way: the 18th hole.

The closing hole at Harleyford is an absolute beauty. For the amateur golfer, there is nothing more intimidating than seeing out of bounds dominate the entire right-hand side.

Lamb needed one final excellent tee shot to set up a birdie opportunity to tie the overall lead, but his final effort drifted to the right and landed out of bounds: a reload was required.

He did extraordinarily well to finish with a double-bogey – which would have been a par without three off the tee.

Much to his annoyance, Allan bogeyed the final hole after failing to get up-and-down. This would have resulted in a playoff between the duo, had Lamb’s original drive been in play.

Of course, golf is dominated by variables and hypotheticals. What’s important for Lamb, is that he finished T3 alongside Mansell, who produced a two-under outing to share that position.

Dermot McElroy shot a four-under 68 to finish solo sixth, whilst there was a three-way tie for T7, with George Bayliss, Pavan Sagoo and Jack Davidson concluding their tournament on seven-under. The opening event of the season produced drama from the off, drama which was maintained throughout the duration of the tournament.

Congratulations to James Allan, who exhibited bravery throughout his entire round and certainly deserves his victory for an astonishing three days – and he believes that this is only the beginning.

“I don’t see any reason why I can’t go on playing really well,” he noted as his smile refused to shrink.

“It’s a dream start but there’s a lot of golf to be played. With the people I have around me, I’m feeling good for the rest of the year.”

The PGA EuroPro Tour will kick-off their second event of the season next week at Telford Hotel, Golf & Spa for The Ignis Sports Management Championship.